Blue Apron (NYSE:APRN) recently announced that it was testing meal kit deliveries with Grubhub (NYSE:GRUB), the biggest food delivery player in America, across New York City. On the surface, the partnership sounds logical: Blue Apron is struggling with high logistics expenses and remains unprofitable, so outsourcing its deliveries to Grubhub (and its subsidiary Seamless) could help it cut costs.

Gaining more exposure on Grubhub could also help Blue Apron reach more customers and reduce its marketing expenses. But if we dig deeper, that partnering with Grubhub doesn't make much sense. Let's take a look at the four biggest problems with this team up. 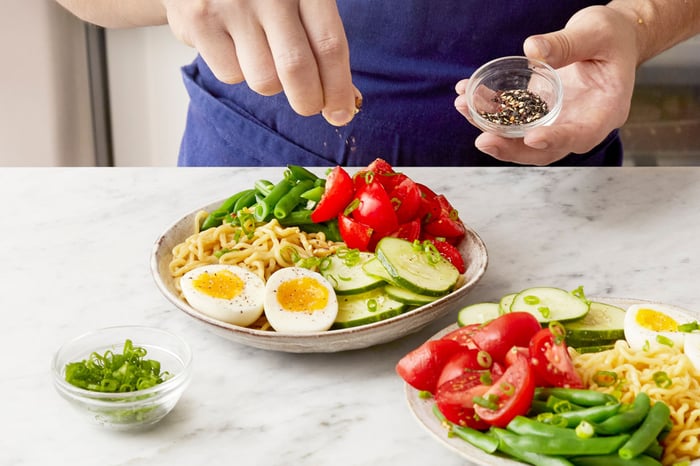 The most glaring problem is that people use Grubhub to order precooked meals, and Blue Apron sells meal kits. Therefore, Blue Apron is promoting DIY dinners to hungry diners who want instant gratification. Furthermore, many diners use Grubhub because they're too busy to cook.

This means that it's doubtful that the average Grubhub user will buy Blue Apron's meal kits, which come in servings for two to four people and cost between $19 and $38, plus a $3.99 delivery fee. It also seems odd to launch the service in New York City, which is saturated with quick delivery and pick-up options.

Blue Apron is also only offering the Grubhub deliveries between 4:00 pm and 8:45 pm. That's a bizarre choice, since expanding the delivery window could capture some busy customers who can only pick up the meal kits in the morning or early afternoon.

The restriction also seems unnecessary since meal kits can be purchased at any time of the day and set aside for later, unlike cooked meals from restaurants. Only offering deliveries during the dinner time window also means that Blue Apron needs to directly compete with other Grubhub and Seamless restaurants.

Blue Apron seems to realize that its partnership with Grubhub faces an uphill battle. That's why it's offering customers 40% discounts on their first Grubhub orders. 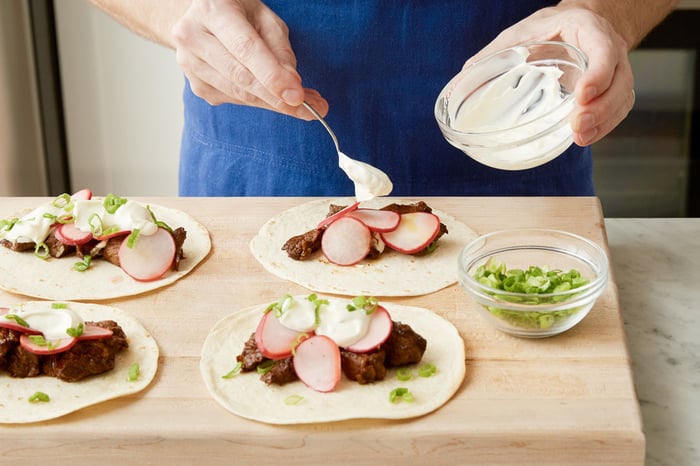 Blue Apron likely believes that this loss-leading strategy will help it lock in some new customers. Unfortunately, that strategy could easily backfire if customers don't order more meal kits -- which could reduce its average orders and revenues per customer.

Blue Apron's total orders fell 10% sequentially last quarter. Its average orders per customer stayed flat at 4.4, while its average revenue per customer also stayed flat at $250. Therefore, any excessive promotions could reduce all three closely watched figures and result in even wider losses for the company, which posted a net loss of $32.8 million from $179.6 million in revenue last quarter.

4. It doesn't solve its biggest problems

Blue Apron's partnership with Grubhub might help it cut costs, which has been a top priority over the past few quarters. But it doesn't address its main challenge: countering the competition across the meal kit market.

Back in March, German meal kit maker HelloFresh eclipsed Blue Apron as the top meal kit maker in the United States by claiming 36% of the market according to Earnest Research. Blue Apron, which controlled nearly half the market in early 2017, saw its share drop to 35%.

Meanwhile, bigger challengers like Amazon, Walmart, and Kroger all recently entered the market with their own meal kits. Even fast food players like Chick-fil-A are launching their own meal kits. It's highly unlikely that Blue Apron's partnership with Grubhub will widen its moat against these rivals.

Running out of options

Blue Apron is clearly running out of options. The company needs to make some bold changes soon, like offering pre-cooked meals or buying other meal kit makers, instead of launching confusing, timid partnerships with companies like Grubhub.