Shares of Snap (NYSE:SNAP) recently tumbled to all-time lows after several Wall Street firms cut their price targets for the Snapchat maker. Evercore and Citigroup, which had price targets of $9 and $8, respectively, both reduced their targets to $7. BTIG also cut its price target to $5 last month.

That flurry of bad news -- along with Snap's slowdown in user growth, the company's executive departures, and its lack of a moat against Facebook's (NASDAQ:FB) Instagram -- made the stock look like a falling knife. I've been bearish on Snap before, but I think the bears are overlooking seven of the company's core strengths. 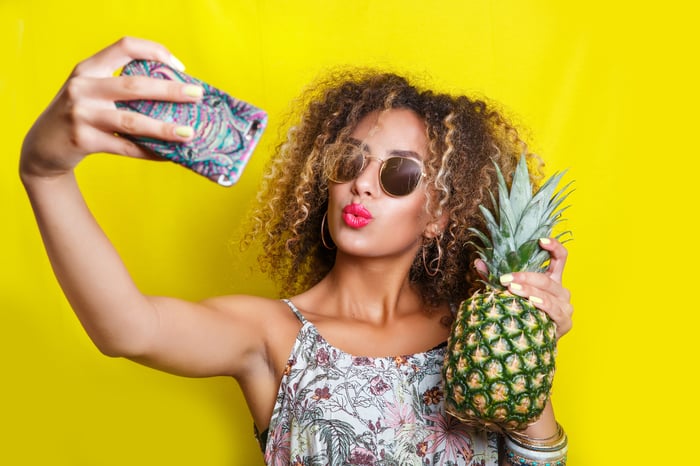 Despite the poor reception for the app's redesign and criticisms from high-profile celebrities like Rihanna and Kylie Jenner, Snapchat remains the top social networking app for teen users in the US.

In Piper Jaffray's semi-annual "Taking Stock With Teens" survey for Spring 2018, 45% of US teens chose Snapchat as their favorite social networking platform -- compared to 26% who chose Instagram, 9% who chose Twitter (NYSE:TWTR), and 8% who chose Facebook. Another Pew Research survey conducted this spring found that 69% of all US teens used Snapchat, while another survey by VidMob found that over half of American Gen Zers increased their usage of Snapchat over the past year.

However, Facebook recently tightened its grip on Instagram by gradually integrating its notifications and app shortcuts into those of the photo-sharing app. Those moves, which reportedly caused Instagram founders Kevin Systrom and Mike Krieger to leave the company, could alienate the app's teen users and push them toward Snapchat.

Facebook's recent data breach, which compromised up to 50 million user profiles and also affected Instagram, could also make Snapchat a more appealing platform than Instagram. Snapchat also isn't embroiled in the fake news controversies that are plaguing Facebook and Twitter.

Snap CEO Evan Spiegel claims that Snapchat has better privacy safeguards than Facebook, and that the platform isn't built to spread fake news. Whether or not Snapchat can maintain that reputation remains to be seen, but social media users and advertisers could see it as an attractive alternative to Facebook or Twitter. 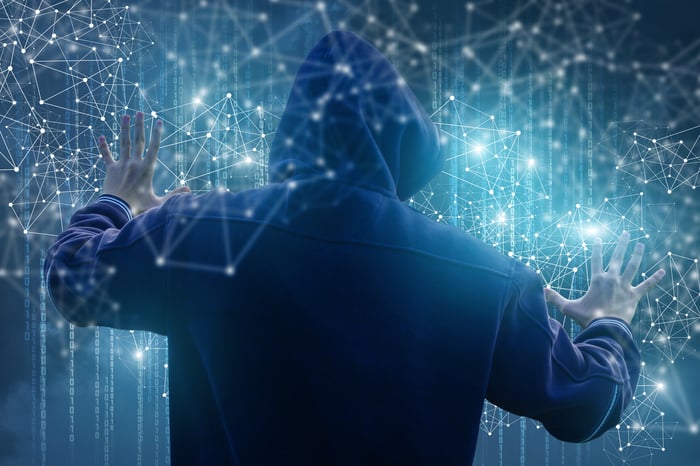 4. Growth in average revenue per user

That decline was disappointing, but many investors ignored the fact that Snap's average revenues per user (ARPU) rose 16% sequentially to $1.40 as its programmatic (automated) ad platform doled out a higher number of ads at lower prices. Therefore, Snap can still offset its slowing DAU growth with higher ARPU growth.

Snap also recently teamed up with Amazon (NASDAQ:AMZN) to let users shop for products with Snapchat's camera. Users can take a picture of a physical product or barcode, then Amazon pulls up the product (or similar products) on a card; users who tap on a product are taken to Amazon's app or website to complete their purchase.

It's unclear if Amazon is paying Snap referral fees during the testing period. But if the test bears fruit, it could significantly boost Snap's ARPU and tether it to Amazon's massive ecosystem.

6. An internal roadmap toward profitability

One of Snap's biggest weaknesses is its lack of profits. The company's non-GAAP net loss only narrowed slightly year-over-year last quarter, going from $195.5 million to $176.6 milion. It also never publicly released a roadmap toward profitability, although the more bullish analysts think that it might achieve a full-year profit by 2021.

However, Spiegel recently stated in an employee memo (obtained by Cheddar) that Snap had a "stretch goal" to break even in the fourth quarter of this year and achieve "full year profitability" in 2019.

Snap's stock still isn't cheap at nine times this year's sales. But if it can stabilize its DAU growth, continue growing its ARPU, secure more partners like Amazon, and narrow its losses, it could become a lucrative takeover target.

Potential suitors include Amazon, which would gain a foothold in the growing "social shopping" market, Facebook, which has repeatedly tried (and failed) to challenge Amazon in e-commerce, and Alphabet's Google, which still doesn't "get" social media.

I'm not turning bullish on Snap yet, but I think the market is too bearish on this stock. Teens won't abandon Snapchat anytime soon, and the company still has several ways to turn around its business.