Match Group (NASDAQ:MTCH) stock jumped 15.7% in September, according to data from S&P Global Market Intelligence . Shares, however, have pulled back 3.4% so far this month, through Oct. 5. 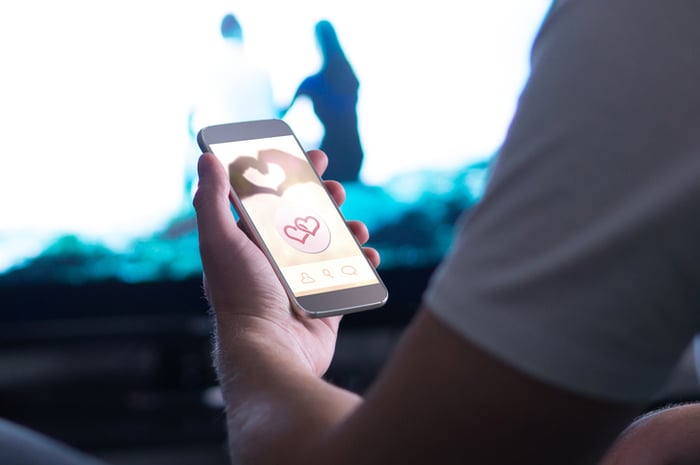 We can attribute Match stock's strong September performance to a continuation of the upward momentum it's enjoyed for some time thanks to the company turning in powerful earnings reports.

Tinder's torrid growth continues to fuel Match's overall growth, with the dating app's number of paid subscribers soaring 81% year over year to 3.8 million and its average revenue per subscriber (ARPS) increasing 33% in the quarter. That powered Match's overall paid subscriber count up 27% to more than 7.7 million and its ARPS up 8%. Match's other better known properties include Match.com, PlentyOfFish, and OkCupid.

Thanks to its strong performance so far this year, Match Group raised its full-year revenue and profit guidance. The company now expects:

Given the company's growth dynamics, Match stock is reasonably valued at 32.4 times forward earnings. Moreover, there's still a ton of growth potential in the global online dating market and Match -- being the 800-pound gorilla in the space -- should be poised to capture an outsize portion of it.

The main thing investors need to watch is growing competition. Notably, in the spring, Facebook announced plans to enter the online dating market and has taken some baby steps into it. To what degree Match's dominance in the space and Facebook's recent big privacy issues act as a deterrent for folks to abandon the Match ship for the social media giant's budding service remain to be seen. I think it will be an uphill battle for Facebook.