Netflix (NASDAQ:NFLX) has over 130 million subscribers worldwide, but it has to be constantly innovating in order to keep them all entertained. That's why the video streaming company is diving further into a new choose-your-own-adventure format, according to Bloomberg.

The first choose-your-own-adventure program will be for one episode of the upcoming season of Black Mirror that's expected this December, but Netflix is already developing more interactive projects for 2019. 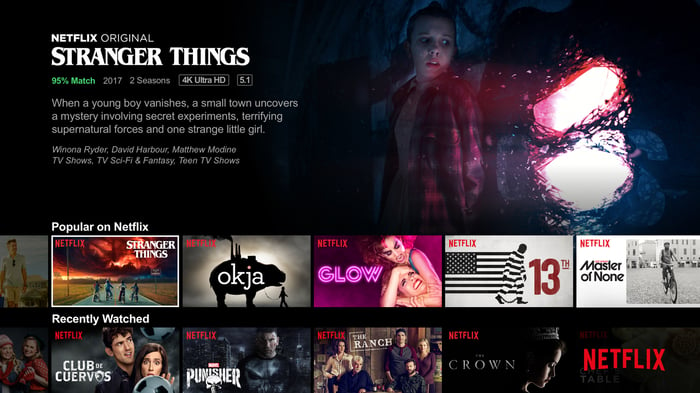 Netflix is getting creative with its shows to keep its subscribers interested. Image source: Netflix.

This wouldn't be Netflix's first foray into interactive shows. Back in April 2016, the company released a children's series titled Kong: King of the Apes that included episodes that only unlocked after you had watched certain episodes. To keep children invested in the series, achievement icons popped up on the screen to let them know when they had unlocked one of the bonus episodes.

In addition, Netflix has released a small number of choose-your-own-adventure programs for children. For example, in Puss in Book, children pick whether they want to see the protagonist fight a god or a tree.

However, the upcoming Black Mirror choose-your-own-adventure episode is significant because it's the first program of its kind that Netflix is gearing toward adults. By experimenting with kids' interactive shows first, Netflix has been able to test out the format and perfect it before releasing it to its larger and more critical adult audience.

Netflix under pressure to innovate TV and film formats

If the Black Mirror interactive episode goes over well with viewers, Netflix is sure to grasp onto this new potential moneymaker by releasing a deluge of interactive shows in the coming years. It's important for Netflix to test the waters with these types of programs first because they're more complicated and expensive to make simply because the scripts are longer and production is more intense in order to cover the multiple ending options.

Investors should be relieved to see that Netflix isn't getting too comfortable with its position as the top video streamer. The company knows that it can't sit back and keep doing the same thing it's been doing if it wants to gain new subscribers and keep its current subscribers happy. This is especially true as Amazon ups its content spend and as Apple and Disney prepare to enter the streaming market.

Another example of Netflix innovating programs is the sudden influx of unscripted shows like Queer Eye on the platform over the past year. In 2017, Netflix released 20 unscripted shows, and just this past June, it ordered three more. Netflix said these reality-show-type programs are well worth the effort because they take less time and money to produce than classic scripted dramas like House of Cards.

In addition, Netflix is experimenting with anime shows in Asia to appeal to local audiences there. But as Netflix works on more complex series like anime and interactive shows, its original programming budget is sure to go up. In 2018 alone, Netflix said it plans to spend $8 billion on 700 programs. The challenge for Netflix going forward will be balancing how much money it has to keep borrowing in order to keep its spot as the top and most innovative video platform.