Shares of Cirrus Logic (NASDAQ:CRUS) fell 12.2% in September, according to data provided by S&P Global Market Intelligence. The audio chip company's stock price began trending down early in the month and then saw accelerated sell-offs following Apple's (NASDAQ:AAPL) move to stop including a pack-in headphone dongle with iPhones. 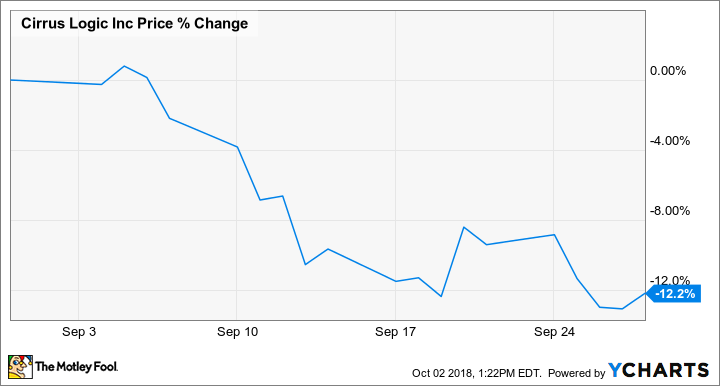 Cirrus Logic designs sound-processing chips used in connectivity dongles for Apple phones that allow standard headphones to be plugged in, but the iCompany is no longer including this extra hardware with its handsets. Instead, iPhone users will have to purchase the headset dongles as a stand-alone product priced at $9, which suggests that there will be less demand for the related chips designed by Cirrus. 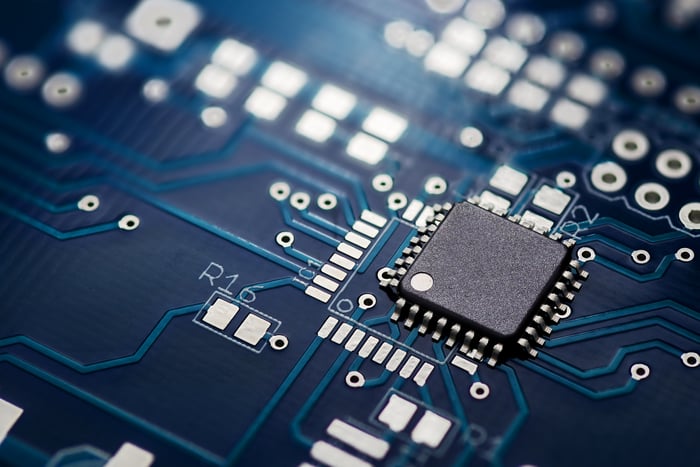 After Apple unveiled its three new iPhone X handsets on Sept. 13, Barclays published a report noting that the headphone-connectivity dongle had been removed from all phones listed on the company's website. The report estimates that the dongle change could result in Cirrus Logic missing out on $1 in revenue for every iPhone unit sold.

Apple removed the standard headset jack from its mobile handsets starting with the iPhone 7 in 2016 in order to promote the use of its wireless AirPods, but it had previously included the 3.5-millimeter jack adapter in order to facilitate the use of other headphones. Cirrus Logic still provides chips used in iPhone handsets and AirPods, but having the un-bundling of the headphone dongle come as the company is struggling to deliver sales growth highlights its potentially dangerous reliance on Apple. More than four-fifths of Cirrus's sales last fiscal year came from the Cupertino-based company.

Cirrus is coming off of a disappointing first-quarter earnings report in August, which saw sales drop roughly 20% and non-GAAP earnings fall roughly 65%, and there are questions about how the company will drive sales going forward. Shares have continued to lose ground in October, trading down roughly 6.2% in the month so far. 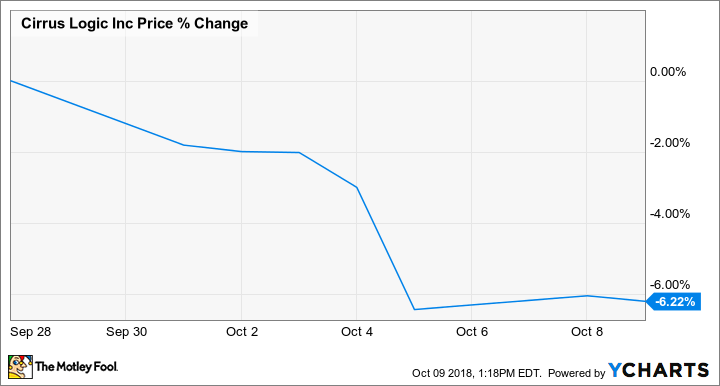 Cirrus is scheduled to publish its second-quarter results after market close on Nov. 1, and it's guiding for sales between $310 million and $350 million, representing roughly 2.9% year-over-year growth at the midpoint of the target. Management expects GAAP gross margin for the quarter to come in between 48% and 50% compared to 50.4% in last year's second quarter. Shares trade at roughly 11.7 times this year's expected earnings.