Shares of Ensco PLC (OTC:VAL) rallied 23.4% in September, according to data provided by S&P Global Market Intelligence, fueled by several catalysts, including oil prices, a new contract, and bullish remarks from an analyst.

Oil prices continued their ascent last month, with the global benchmark Brent rising nearly 8% and topping $82 per barrel for the first time in four years, after OPEC said it wouldn't boost its production. That fed the belief that oil prices could head even higher in the coming year as Iran's supplies come off the market due to U.S. sanctions. This scenario increases the likelihood that oil companies will drill more offshore wells, which would be good news for Ensco. 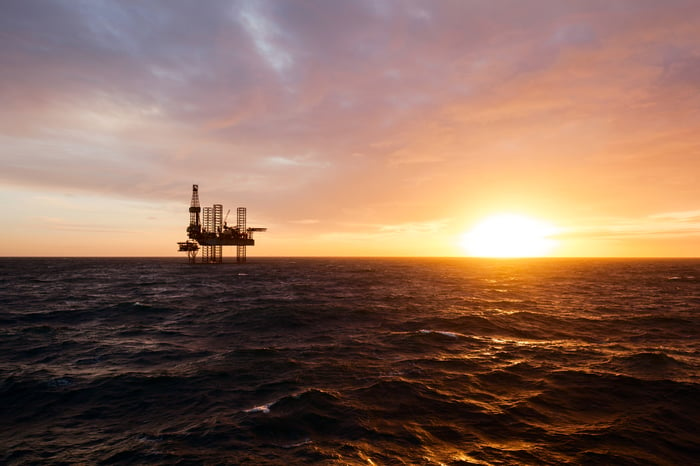 Speaking of drilling more wells, that's what the company will be doing after a consortium led by Talos Energy awarded it a contract to drill offshore wells near Mexico. Ensco will use its 8503 semisubmersible rig to drill two wells for Talos and its partners starting in November. The first well with cost about $10 million, and is part of a $325 million appraisal plan by Talos and its partners for their Zama discovery.

Meanwhile, with oil prices rising and new offshore drilling projects beginning, analysts are growing even more bullish on the sector. Analysts at Wells Fargo were the latest to raise their view on the space, with the bank boosting its price targets on several drillers last month, including Ensco. While the bank maintained its market-perform rating on the stock, it increased its price target from $7 to $7.50 per share.

While September was a good month for Ensco, the company made an even bigger splash in October by agreeing to buy fellow offshore driller Rowan (NYSE:RDC) in an all-stock deal. Ensco believes that the combination with Rowan will generate $150 million in annual cost savings while boosting its cash flow per share starting in 2020. It's the company's second major deal since the oil market downturn began; it bought Atwood Oceanics last year for $6.9 billion.

With oil prices continuing to improve, the long-awaited recovery in the offshore drilling market is starting to unfold. Because of that, the outlook for Ensco is getting better each day, especially over the long term as it captures cost savings from its needle-moving mergers. That upside makes the stock seem compelling for investors who have a long-term mind-set.