Shares of Roku Inc. (NASDAQ:ROKU) jumped 22.8% in September, according to data from S&P Global Market Intelligence, extending its more than 30% post-earnings pop in August following the streaming device specialist's strong second-quarter 2018 report. All told, by the end of last month, Roku stock had skyrocketed more than fivefold since its IPO at $14 per share almost exactly a year ago. 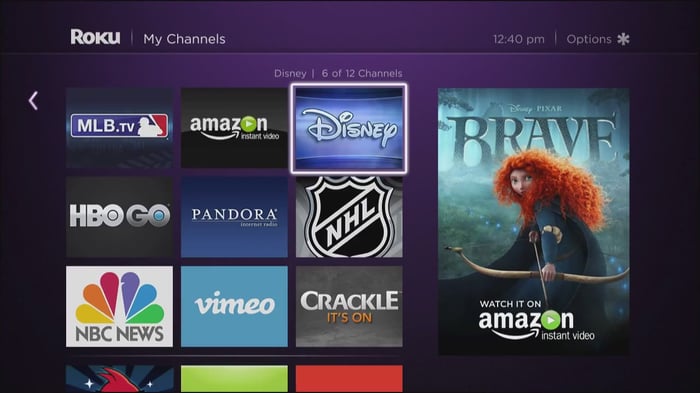 Though it might seem strange to see Roku continuing to soar despite a lack of novel company-specific news, its second-quarter results in early August were indeed impressive enough to merit an extended second look from investors. Revenue climbed 57% year over year to $157 million -- well above the $141 million most investors were modeling -- buoyed by a 24% increase in hardware sales and 96% growth in platform revenue.

I'd be remiss if I didn't point out that Roku shares have pulled back in the first week of October. This drop was partly driven by a note of caution in which Wedbush analyst Michael Pachter asserted that the stock was "priced for perfection" -- though he also admitted Roku has built an "exceptional" platform that could pave the way for it to become a next-generation leader in the advertising space. Pachter initiated coverage on Roku with a neutral rating and a $74 per-share target, marking a modest 15% premium from today's levels.

In the end, I'd be surprised if Roku didn't resume its upward trajectory in the near future. Even with its massive pop in recent months, I think this week's pullback serves as a healthy chance to open or add to a position..