Don't overspend after closing, budget for routine maintenance, and plan for unexpected expenses.

I still remember the day I got the keys to my first house. I set my camera up on a porch railing to take a picture of my wife and me smiling and unlocking the front door to our house. It was a humble house by most standards, but that didn't matter -- all four walls belonged only to us.

We lived there for about seven years, and when we sold the house I realized that there were a handful of financial decisions I would have changed in hindsight that have informed my second house purchase.

If you've just bought a home, or are about to, keep the following financial suggestions in mind. 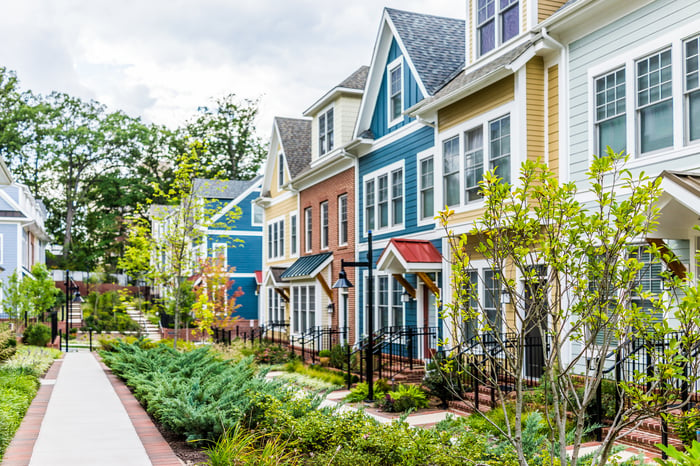 1. Don't go out and spend a ton of money right away

If you're moving from an apartment to a house or moving into a bigger home from a smaller one, it's tempting to make lots of trips to Home Depot and Target to outfit the house exactly the way you want it. There's nothing wrong with that, of course, but filling every square inch of your new home can quickly cause you to lose track of your budget.

This happened to me when I bought my first home and received a tax refund from the government for buying the house. It was the middle of the recession, and Uncle Sam was handing out money to some home buyers, trying to entice them to jump start the economy. It worked, at least in the sense of getting me to spend the money, and I went out and bought a fancy lawnmower, a new TV, and a bunch of other things I can't even remember (that's how consumerism works -- you can't even remember what you binged on).

I viewed the refund as free money, something you should never do, and spent a good chunk of it. What I should have done is only spent the money on the few things I needed and put the rest of it away for the inevitable expenses that would pop up later.

Since I bought my second home, I've spent more money making improvements to the house than buying things to go in it. I've done most of the work myself to keep costs down, and my focus has been on increasing the value of the home -- instead of just buying a bunch of new things to fill it up.

Yes, there will be unexpected expenses (more on that in a second), but the cost of just maintaining your home can be surprisingly high too.

Consider that homeowners spend about a $2,000 each year on just maintaining their home and property. This figure doesn't include remodeling your house or making fun updates to the home, but rather the boring expenses like having the lawn mowed and paying for pest control.

If you were a renter for a long time, spending potentially thousands of dollars each year on home maintenance may come as a shock to your budget. So take some time to sit down and consider the maintenance expenses you plan on paying for -- and set aside a little extra money each month to cover their costs.

In the years that I owned my first home, I had to replace a sliding glass door, have our back deck completely rebuilt, have the air conditioner serviced, have one window replaced, buy new carpets and flooring, and pay for a myriad of other smaller expenses. Many of those repairs came as a surprise to me, and the most unexpected ones were often the most expensive.

Unfortunately, I didn't budget for unexpected house repairs, and instead took the "we'll-cross-that-bridge-when-we-come-to-it" approach. This made house repair time more stressful than it needed to be at times.

When it came time to sell the house, I had a lot of significant repairs to make that would have been easier to stomach had I budgeted correctly for them months and even years earlier. Some recent data shows that I probably wasn't alone in my failure to plan. A Bankrate study published earlier this year found that most Americans don't have enough money saved up to cover an unexpected $1,000 expense.

You can't know when your refrigerator will go out or if your dog will decide that your carpet is much better than any chew toy it owns, but you can set aside a little bit of money every month knowing that you'll most likely need it at some point for a repair. Setting aside at least 1% of the price of your home each year is a good place to start.

Buying a new home is exciting, and wanting it to look just right is only natural. Just make sure that you plan for unexpected costs that are certain to pop up and create a financial strategy for covering maintenance and other expenses. And above all else, don't go crazy with your spending when you first move into the house. Trust me; it'll be exciting enough that you're there.