Extending the sell-off that they suffered in August, shares of Eldorado Gold (NYSE:EGO), a global leader among gold miners, dipped 10% in September, according to data from S&P Global Market Intelligence. In addition to a Wall Street analyst's downgrade of the stock, investors responded negatively to news of the company's filing for payment in Greece regarding the Skouries project.

Although there were some bright spots in the report, more investors than not interpreted the second-quarter earnings report that was released in August as "half empty" rather than "half full" and sent shares lower as a result of things such as a Q2 net loss of $0.03 per share compared to net earnings of $0.02 per share for the same period last year. 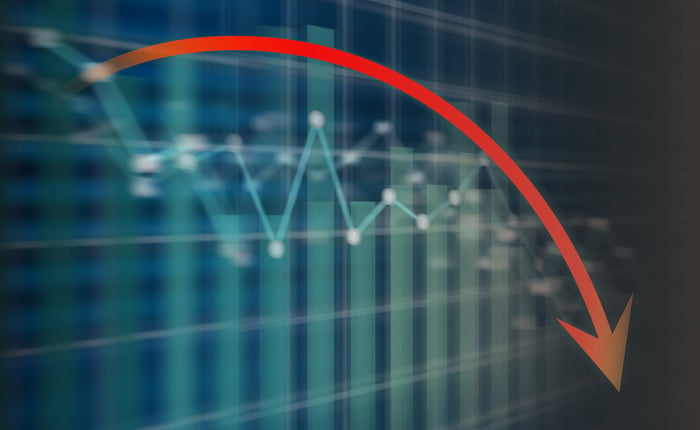 Bearish sentiment regarding the stock became even more pronounced several days into the month when an analyst with TD Securities downgraded the stock to reduce from hold according to Thefly.com. Prior to this rating change, the stock had been the subject of a downgrade to underperform from neutral and a reduced price target from $1.50 to $1 from an analyst at Bank of America/Merrill Lynch.

Shareholders expressed further dissatisfaction toward the end of the month when Eldorado reported that it had filed an application for payment in the amount of 750 million euros with the Greek government. According to Eldorado, the application for payment relates to damages "arising from delays in the issuance of permits for the Skouries project, including damages for out of pocket costs and loss of profits." Eldorado has high expectations for the project, which is located in northern Greece. According to its estimates, the Skouries project would have a 25-year mine life and generate about $1.8 billion in net after-tax cash flow.

On a list that features the things investors dislike the most, uncertainty is surely near the top. And if there's one thing that pervades the narrative of the Skouries project, it's uncertainty. Although there were some hopeful signs that development of the project was back on track last May, the optimism has clearly waned, and fear, once again, has reared its head.