Intel (NASDAQ:INTC) has had an eventful 2018 so far -- and not in good ways. The company has been in the headlines throughout the year, taking on crisis after crisis. Here's a quick recap of Intel's problems just over the past nine months.

January 2018: Security flaws Meltdown and Spectre are revealed, exposing basically every Intel chip manufactured over the past 20 years to security risks.

June 2018: CEO Brian Krzanich resigns after the disclosure of a past consensual relationship with another Intel employee, a violation of the company's non-fraternization policy.

July 2018: On Intel's second-quarter conference call, the company announces its 10-nanometer chips won't be out until the holiday season of 2019. That's yet another in a long list of delays (10nm was originally supposed to be out in 2016).

September 2018: Intel has a shortage of current-generation 14nm CPUs, causing customers consternation that it won't be able to satisfy demand in the fourth quarter and possibly longer.

Summing up: This year there has been a  security breach; a CEO resignation; manufacturing delays, which could jeopardize the company's competitive lead over Advanced Micro Devices; and delays of current chips, which could vex key customers. With all that, you may think Intel stock would be significantly down for the year. Yet while the company is down significantly from its all-time highs, hit in July, the stock as of this writing is still up 4.35% in 2018.

Why is the market giving Intel a break? 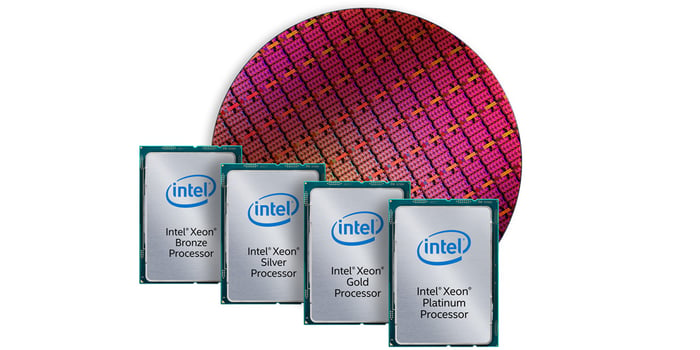 To its credit, Intel is rapidly addressing the issues it's faced this year. When the security flaws were announced, Intel issued a patch that very week for over 90% of its chips, which is a pretty speedy and impressive feat. Intel was also extremely transparent during the ensuing months as it worked with customers to patch the flaws. While not everything went perfectly, Intel was praised by many in the industry for its handling of the situation.

The search for a new CEO

Of course, the company is still without a CEO, though CFO Robert Swan stepped into the job on an interim basis. While it may be disconcerting to have management in flux, Intel's recent earnings report showed extremely strong results, tempering fears about the company's leadership vacuum.

In a recently published letter from the company, Swan said Intel has been unexpectedly overwhelmed with PC demand. PC unit shipments are set to grow modestly this year for the first time since 2011, exceeding Intel's expectations. In recent years, the company has focused on growing its data center group, along with new areas such as mobile-phone modems and field-programmable gate arrays; the surge in demand from the company's low-growth (but highly profitable) CPU segment caught Intel off guard.

This shouldn't be a negative. "Too much demand for your products" is the best type of problem to have. To compensate, Intel will spend an extra $1 billion in capital expenditures this year to produce more of its 14nm chips. The company reiterated that it expects enough capacity to meet its full-year revenue guidance.

In that same letter -- addressed to customers and partners -- Swan also said: "We're making progress with 10nm. Yields are improving and we continue to expect volume production in 2019." That also seemed to reassure at least some investors that Intel is finally making a breakthrough on the 10nm manufacturing process. Remember, Intel was initially targeting 2016 to release 10nm chips, and the latest goal is late in 2019.

We really won't know that the company is back on track until 10nm chips start coming out of Intel fabs in volume. However, it's encouraging that the company included that statement in the letter. In the meantime, there are reasons to think Intel could continue to do well next year with enhanced 14nm chips until the 10nm manufacturing process is ready.

It's all about the numbers

These problems, however, aren't squaring with Intel's results, which continue to beat expectations on the back of very strong data center and cloud spending. Last quarter, revenue was up 12%, operating income up 34%, and earnings per share up a whopping 44%. For a company of Intel's size, that kind of growth is astonishing.

Intel's valuation is also rather cheap by traditional metrics, at just 11 times forward earnings. With that type of valuation, the market is clearly anticipating that this year's bonanza won't last forever, due in part to some of the headwinds discussed above. However, if Intel can get through some of these problems, its price now will end up being quite a value.

After a Rough 2018, Can Intel Turn Things Around? @themotleyfool #stocks $INTC Next Article
Current