The platform's debut shows include the reality show Endless Summer, the scripted mystery series Class of Lies, and the college drama Co-Ed. Upcoming shows include The Dead Girls Detective Agency, Vivian, and V/H/S. 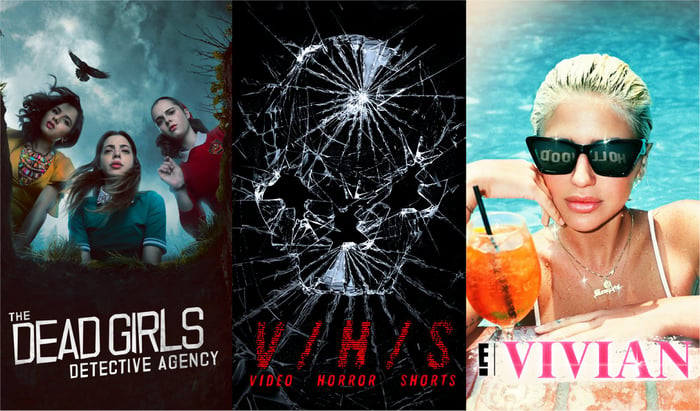 Viacom's (NASDAQ:VIAB) Digital Studios also plans to launch ten new series for the platform, including MTV's Clean Slate and Filthy Living, and syndicate 500 episodes from its content library. Viacom's decision to partner with Snap isn't surprising, as it's been desperately trying to reach younger viewers who are shunning its core MTV, VH1, and Comedy Central cable networks.

An expansion of its streaming video strategy

Snap's push into original content marks a big expansion of its previous video strategy, which added streaming clips from media partners like Comcast's NBC, Disney's ESPN, Viacom, Discovery, the NBA, and the NFL to Snapchat's Discover section, which hosts about 60 original shows. Snap plans to monetize its new shows with unskippable six-second ads, which will air two or three times per episode.

In a leaked internal memo, Snapchat CEO Evan Spiegel stated that 18 of its previous shows reached at least ten million viewers each month, and that the amount of time users spent watching shows had nearly tripled since the beginning of the year. Standout shows include NBC News' Stay Tuned, a twice-per-day broadcast which reportedly reaches five million viewers daily, and ESPN's SportsCenter, which reaches 17 million viewers per month.

Each Snapchat Original will also feature Lenses, Filters, and other ways for viewers to share their experiences with other users. The shows will also add "Show Portals", which allow users to swipe and "step into" a scene via augmented reality. Those Portals complement Snap's introduction of Snappable AR games earlier this year.

How risky is this move?

Snap's investors clearly disliked the company's decision to launch more original shows. The stock plunged 6% to a new all-time low on Oct. 10 after the announcement, although the decline was likely exacerbated by a marketwide sell-off.

Investors were likely concerned that Snap's expansion of its original video content strategy would cause its operating expenses to soar and result in wider losses. Last quarter Snap's total expenses dropped 2% annually to $620.1 million, but still gobbled up 236% of its total revenue and produced a GAAP net loss of $353.3 million. 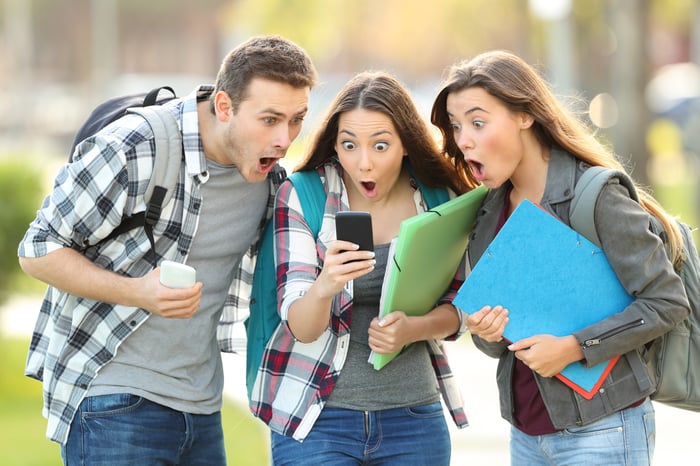 However, that loss still represented an improvement from its loss of $443.1 million in the prior year quarter. On a non-GAAP basis, its net loss narrowed from $195.5 million to $176.6 milion. Spiegel also recently stated in another leaked employee memo that he had a "stretch goal" for Snap to break even in the fourth quarter of this year and achieve "full year profitability" in 2019.

That declaration was encouraging, but spending money on original shows contradicts that strategy. Snap is also planning to promote the new shows with a big marketing blitz -- which is a risky move considering that its sales and marketing expenses rose 12% annually last quarter and accounted for 16% of its total costs and expenses. That's why many other social media-based video platforms, like Facebook's (NASDAQ:FB) Instagram TV (IGTV), mostly rely on user-generated content.

But are investors jumping to conclusions?

On the bright side, Snap probably thinks that offering new original content could boost its average revenue per user (ARPU), which rose 16% sequentially to $1.40 last quarter. Much of that growth -- which was attributed to a higher number of cheaper automated ads -- offset its 2% sequential decline in daily active users (DAUs), which slipped to 188 million.

If Snap's Original shows spread virally, they might attract new users to its app. The new shows could also give Snapchat an edge against Instagram, which already cloned most of its popular features, including ephemeral messages, short video stories, and filters.

Investors should also remember that Snap's new shows have five-minute episodes with two to three ads each. Therefore the cost of producing a dozen episodes should be about the same as the cost of producing a single full-length episode on other platforms, while generating much higher ad revenues. It's highly doubtful that viewers on other streaming platforms would sit through dozens of ads in a one-hour show.

I think launching original short videos makes more sense than selling Spectacles, but I'm not sure if it will solve Snap's loss of DAUs or significantly boost its ARPU. The streaming video and social media market are both crowded places, and it could be tough for Snap's original content to stand out against big shows on other platforms.