Stocks staged a partial rebound Friday after sharp declines earlier in the week.  The Dow Jones Industrial Average (DJINDICES:^DJI) and the S&P 500 (SNPINDEX:^GSPC) opened higher, then sank near midday, but turned around and rose strongly in the last hour of the session.

Technology shares rebounded somewhat after being battered over the past several days, and the PowerShares NASDAQ Internet ETF (NASDAQ:PNQI) closed up 2.9%. Bank stock indexes fell despite some positive bank earnings reports, with the SPDR S&P Regional Banking ETF (NYSEMKT:KRE) dropping 2%. 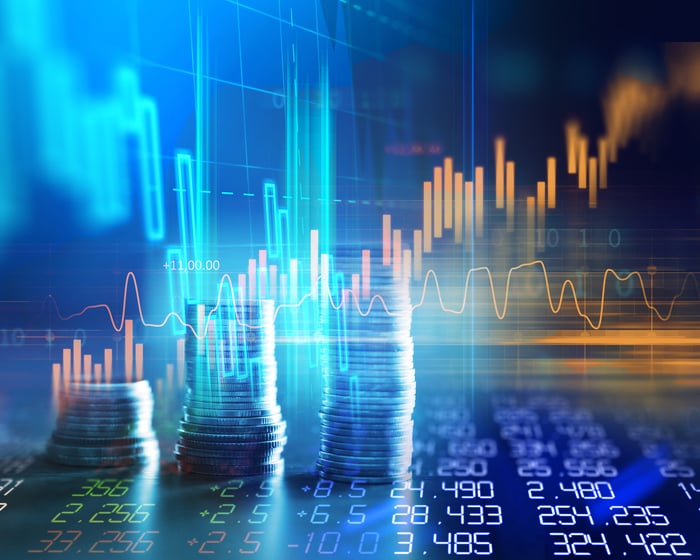 JPMorgan Chase helped the third-quarter earnings season get off on the right foot by announcing results that beat expectations on the top and bottom lines, but the stock slipped 1.1%. Revenue grew 5.2% to $27.8 billion and earnings per share increased 33% to $2.34. Analysts were expecting earnings of $2.25 per share on revenue of $27.5 billion.

Average core loans, excluding investment banking, were up 6% from last year and 2% from the previous quarter. Net interest income grew 7% to $14.1 billion, thanks to higher interest rates, as well as loan and deposit growth. Return on equity was 14%, up from 11% in Q3 of 2017.

The bank's largest segment, consumer and community banking, grew revenue by 10% year over year and 6% from Q2. Net income in the segment was up 60% from the period last year and 20% from last quarter. The only weak spot in the consumer business was revenue from home loans, which fell 16% but only accounts for 4.7% of JPMorgan's total revenue.

Chairman and CEO Jamie Dimon sounded a positive note on the state of the economy. "JPMorgan Chase delivered strong results this quarter with top-line growth in each of our businesses, demonstrating the power of our platform," he said in the press release. "The U.S. and the global economy continue to show strength, despite increasing economic and geopolitical uncertainties, which at some point in the future may have negative effects on the economy."

Customers are returning to Wells Fargo

Wells Fargo reported third-quarter results that missed profit expectations but showed some signs that the bank is recovering from recent scandals, and the stock gained 1.3%.

Revenue met analyst expectations at $21.9 billion, which was up 1.8% from the previous quarter and 0.4% from Q3 last year. Earnings per share came in at $1.13, up 36% from the period a year ago, but missing Wall Street's expectation for $1.17 in EPS. The earnings miss wasn't as bad as it looks; retirement of some of the company's preferred stock reduced EPS by $0.03.

Analysts are looking at bank results carefully this quarter to see if there is a drop-off in loan activity due to higher interest rates. Wells' quarter was mixed in that regard. Small business lending originations were up 28% from last year, automobile loans grew 10%, and personal loans increased 3%. But home mortgage originations, a category far bigger than the others for Wells Fargo, were $46 billion, 8% below the total last quarter and 22% less than last year.