Unless Amazon.com (NASDAQ:AMZN) starts selling motorcycles directly on its e-commerce site, the only way it can help Harley-Davidson (NYSE:HOG) boost sales is by selling clothing and related merchandise.

Before, you could buy official Harley gear only through the motorcycle giant's own website or at authorized dealers. But now, it has opened a storefront on Amazon, where its merchandise will be eligible for Amazon's two-day shipping through Prime membership. While that promises to help boost sales in its most profitable segment, it also risks antagonizing its dealer network. 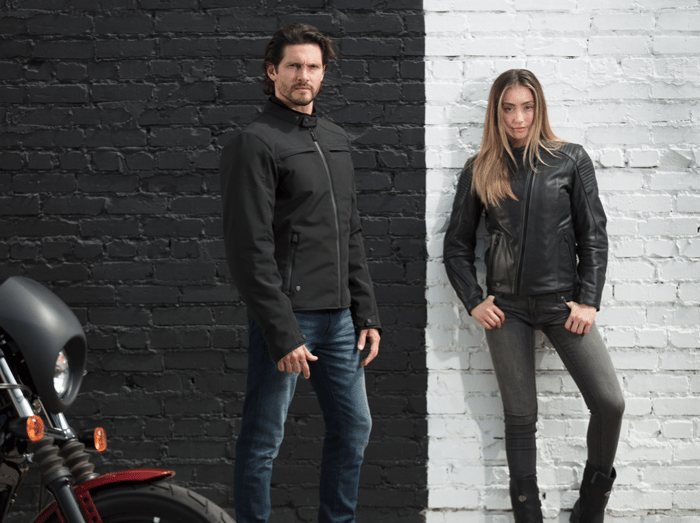 You can now shop on Amazon for that Harley look. Image source: Harley-Davidson.

General merchandise is Harley's smallest operating segment, representing a little more than 5% of total sales. But it generated $262 million in revenue last year and $125 million so far through 2018, so it's not an inconsequential amount. Perhaps more important, it's the most profitable part of the business, more so than the aftermarket parts and accessories it sells, and more than the premiums earned on even its most profitable bikes.

Industry data suggests that dealers generate margins of more than 40% for merchandise like the logo leather jackets, boots, and tchotchkes they sell, compared to 38% on parts and accessories such as the chrome pipes, lights, and other accoutrements riders add to their bikes. The motorcycles themselves carry gross margins of around 15% to 20%.

By opening a storefront on Amazon, Harley-Davidson expands the number of customers it can reach beyond those who walk into a dealership. It's part of the broader strategy Harley laid out in its More Roads to Harley-Davidson roadmap this past July.

Dealers left in the dust

One of the key tenets of the plan was "broader access," which Harley defined as "meet[ing] customers where they are and how they want to engage with a multichannel retail experience."

Unfortunately, it also undercuts one of the other two legs that Harley wants to stand on: strong dealers (the third leg is new products).

Because most of the gear that Harley-Davidson sells is sold through its network of nearly 700 dealers in the U.S., opening an Amazon storefront puts the corporate office in direct competition with its dealers, much more so than the company website ever did. It is exposing tens of millions of customers to Harley apparel and merchandise and cutting the dealerships out of the loop.

Apparel has been one of the few growth areas for Harley, up 9% in the second quarter, and over 5% for the first six months of the year. In comparison, motorcycle revenue is essentially flat this year, with shipments down 10.5%, while parts and accessories are off 1.1% year to date.

What could be worse for the dealers is that if the Amazon apparel storefront is successful, it's quite possible that Harley will begin selling parts and accessories on the site, too. That category generated $804 million in revenue last year and another $400 million in the first half of 2018. Offering these parts online could cut a good percentage of dealers' sales and profits. And then how far behind might a build-your-own-bike option be?

It makes sense for Harley-Davidson to have an Amazon storefront in today's marketplace, but it still needs its dealers, as it sells all of its bikes through them. Although you're not likely to see any dealers dumping their dealerships over the new policy, no vehicle manufacturer can afford to antagonize its dealers. The good news is, Harley-Davidson says it hopes to somehow integrate the online experience with them.

Still, many dealers are already grumbling about the direction the company is taking toward turning around falling sales and the ineffectiveness of management at reversing the trend. While this maneuver could introduce more people to the brand who might otherwise have not stepped foot in a dealership beforehand, it will take sales away from dealers before a dealer will see any increase in sales. And that's a strategy that will drive a wedge deeper between the company and its dealers.