We could refer to a matchup between Aphria Inc. (NASDAQOTH: APHQF) and Constellation Brands, Inc. (NYSE:STZ) as marijuana player versus marijuana payer.

Aphria ranks as one of the top Canadian cannabis growers, a pure-play marijuana stock if there ever was one. Big alcoholic beverage maker Constellation Brands dipped its toes in the water of the cannabis industry last year, buying a 9.9% stake in Canopy Growth (NASDAQ:CGC). And Constellation plunged right on into the water in August with another $4 billion investment in Canopy.

But which of these two stocks is the better buy for long-term investors? Here's how Aphria and Constellation Brands stack up against each other. 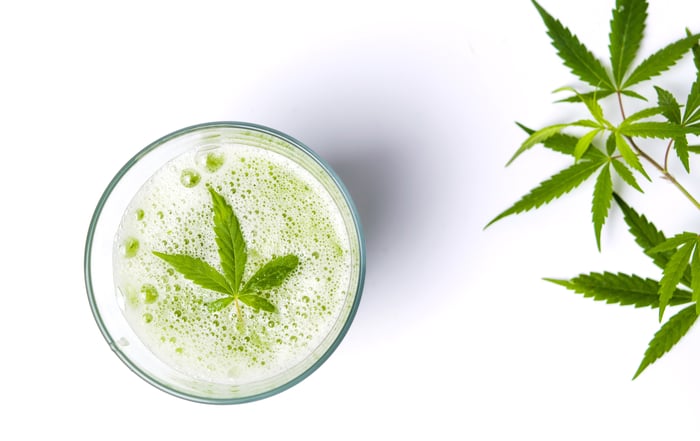 Why should investors consider Aphria? The global marijuana industry is growing like a weed. It's punny but true. And Aphria could be one of the primary beneficiaries of that growth.

Aphria claims all the ingredients for success you'd want for winning in the Canadian recreational marijuana market, which opens for business on Oct. 17. The company certainly has ample production capacity, with more on the way. Aphria expects to be able to produce 255,000 kilograms of cannabis annually by next year.

It also has the distribution channels needed to succeed. Aphria has secured supply agreements for the recreational marijuana market with all 10 of Canada's provinces plus the Yukon Territory to boot. The company selected Great North Distributors, a subsidiary of North America's largest wine and spirits distributor, Southern Glazer's, as its distribution partner for its recreational cannabis products.

The even bigger opportunity for Aphria, though, lies in international marijuana markets. Aphria's acquisition earlier this year of Nuuvera gives it a strong presence in several countries that have legalized medical marijuana. The company has expressed confidence about its prospects in these markets, especially in Germany, which claims the largest marijuana market outside of North America.

For now, Aphria can't expand into the biggest marijuana market of all -- the U.S. The company started to build operations in the U.S. last year but ran afoul of the Toronto Stock Exchange's listing requirements that prohibit cannabis producers from operating in markets where marijuana is illegal at the federal level. But it's possible that U.S. federal laws could be revised in a way that allows Aphria to expand into its southern neighbor's market.

There's also a real chance that Aphria could partner with a big company outside of the cannabis industry. The most recent rumor is that tobacco giant Altria Group is talking with Aphria about a potential deal. Aphria has also been viewed as a top candidate for a partnership with Guinness beermaker Diageo.

Constellation should see more strong results from its beer brands in the future. The launch of Corona Premier has been fantastic. It's the first major addition to the Corona lineup in nearly three decades and already ranks as the No. 10 brand in the U.S. premium imported beer category.

What about Constellation's big bet on marijuana? CEO Rob Sands stated in the company's Q2 conference call that "the emerging cannabis space presents as potentially one of the significant global growth opportunities of the next decade." Constellation's initial investment last year in Canopy Growth has already generated an enormous return.

If the cannabis market takes off like Constellation's management thinks it will, Canopy could become the next big growth driver for the giant alcoholic beverage maker. The two companies are planning to launch a variety of cannabis-infused beverages when Canada's regulations for such products are finalized, which is expected to be sometime next year.

In addition to its growth prospects, Constellation offers one more plus for investors. The company's dividend currently yields 1.33%. While that's not a super-high yield, it should boost Constellation's total return over the long run.

Aphria is one of my favorite Canadian marijuana stocks. I like the company's low-cost structure. I like its overall strategy. And while Aphria stock certainly isn't cheap, it's a better bargain than most of its peers.

But if I could own one of these two companies (and that's really what buying a stock is), it would be Constellation Brands. Aphria hopes to eventually generate billions of dollars in revenue and earnings. Constellation is already doing it.

I also think that Constellation's bet on Canopy Growth could pay off over the long run. It wouldn't surprise me if Constellation exercises its option to increase its stake in Canopy to over 50% at some point in the next few years.

For investors looking for a solid, established company that gives an opportunity to profit from the marijuana boom, Constellation Brands looks like a good pick, in my view. This marijuana payer could become a bona fide marijuana player.