International Business Machines (NYSE:IBM) will try to extend its revenue growth streak to four quarters when it reports its third-quarter results after the market closes on Tuesday, Oct. 16. It might not succeed -- IBM's latest mainframe system began shipping in the third quarter of last year, so hardware sales will likely take a hit as that launch is lapped.

Beyond sales, investors should keep an eye on margins. IBM's gross margin declined slightly in the second quarter, but pretax margin jumped more than 1 percentage point year over year. IBM's profitability should improve as its cloud and other growth businesses gain scale. 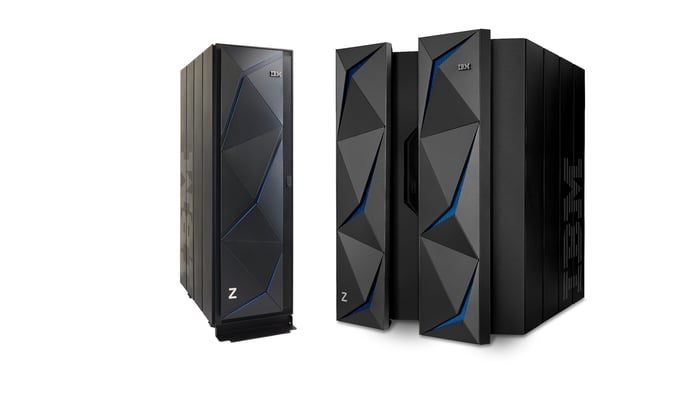 IBM managed to beat analyst estimates for both revenue and earnings in the second quarter, driven by strong mainframe sales and double-digit growth in the company's "strategic imperatives." Mainframe sales more than doubled year over year, the fourth consecutive quarter of growth.

Total revenue grew by 2% adjusted for currency in the second quarter, and strategic imperative revenue rose by 13% on the same basis. Cloud revenue was up 18%, while the cloud-as-a-service annual exit run rate surged 24%.

Analysts are expecting third-quarter earnings growth from IBM but are less optimistic about revenue growth.

IBM has beat estimates for revenue in each of the past three quarters, and it hasn't fallen short of earnings estimates since 2014.

A couple analysts with very different opinions weighed in on IBM stock recently. In September, an analyst at UBS upgraded IBM to "buy" and boosted his price target to $180 per share. The analyst predicted sustainable growth driven by strong demand for IBM services, AI, and cloud computing.

Taking the opposite view, an analyst at MoffettNathanson recently initiated IBM stock with a "sell" rating and a $150 price target. Although management is taking the necessary steps to turn the company around, the analyst believes that most of IBM's profits are likely in an irreversible structural decline.

Overall, analysts are mostly neutral on IBM stock, with a handful of positive and negative views, according to Yahoo! Finance.

A portion of hardware sales is included in both IBM's strategic imperative revenue and cloud computing revenue, so the lapping of the mainframe launch will affect both those numbers. In the second quarter, the systems segment generated $1.2 billion of strategic imperatives revenue and $0.8 billion of cloud revenue. This segment includes Power systems and storage in addition to mainframe systems.

Investors will be looking for continued double-digit growth in IBM's strategic imperative and cloud revenue. The mainframe cycle will act as a headwind in both cases.

IBM's third quarter will probably be less impressive than its second quarter. Revenue growth could turn negative again, which won't help improve the pessimistic sentiment keeping the stock near its 52-week low. Unless something has changed, IBM will likely reiterate its full-year guidance calling for adjusted earnings of $13.80 per share.

The stock trades for about 10 times that number after the recent market bloodbath. There's plenty of upside if IBM can beat expectations.