Every now and then, a stock captures the attention of not just investors but the general public, too. That's been the case recently for Tilray (NASDAQ:TLRY).

The Canadian marijuana grower listed on the Nasdaq stock exchange in July. Since then, Tilray's share price has skyrocketed to well over six times its opening-day level. At one point, Tilray was up a whopping 856% -- in just two months of trading. That kind of performance understandably attracted an enormous amount of attention.

Now there's another marijuana stock that is beginning to turn heads. Could Pyxus International (NYSE: PYX) be the next Tilray? 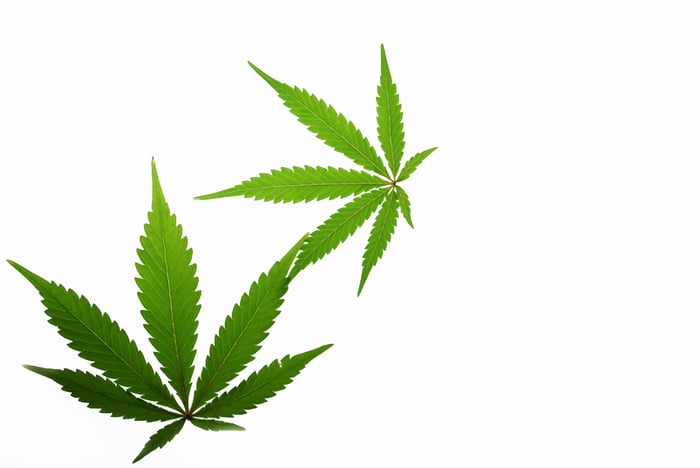 It's easy to forget that although Tilray jumped more than 30% after its IPO, the stock soon gave up those gains. The big catalyst for Tilray came on Aug. 20, when the company was one of 26 licensed producers who won supply agreements for the recreational marijuana market in Ontario. Over the next two weeks, Tilray's share price soared more than 80%. And that was just the beginning.

Pyxus had a different catalyst, but the results were similar to Tilray's. On Oct. 8, Citron Research tweeted that it "would not short" Pyxus stock. Citron and its founder, Andrew Left, are known for making highly publicized short positions in stocks. The tweet added that "the stock could double from here as long as investors are cannabis crazy."

In just five days, Pyxus is well on its way to fulfilling Citron's prediction. The stock is up more than 50% on no other news other than the bullish tweet.

What's especially intriguing, though, is why frequently pessimistic Citron Research is so optimistic about Pyxus stock. That's where the real similarities with Tilray come into play. Citron's tweet pointed out that Pyxus has a "tight float," referring to the company's stock float of only 8.3 million shares. Tilray's float currently stands at a little over 10 million shares.

The reason why a low stock float matters so much is that it's easier for buying or selling pressure to cause dramatic swings in the stock price. Tilray has experienced these swings in recent weeks -- both up and down.

But big differences, too

While there are several wonkish similarities between Pyxus and Tilray stocks, major differences exist as well. For one thing, Tilray had not traded publicly prior to its listing on the Nasdaq in July. Pyxus has traded for decades, although it was named Alliance One for most of its history.

The two companies' market caps have been very different, too. Tilray hit the ground running with a market cap of $2.7 billion and has never seen its market cap fall below $2 billion. Pyxus only briefly enjoyed a market cap greater than $1 billion back in the late 1990s. Its current market cap remains well below $450 million despite the recent gains.

More importantly, the businesses for Pyxus and Tilray aren't very similar. Pyxus makes most of its revenue from supplying tobacco leaf to major cigarette companies. The company didn't become a player in the Canadian cannabis industry until February 2018, when it acquired controlling interests in Canada's Island Garden and Goldleaf Pharm through an indirect subsidiary. Tilray, of course, is one of the top Canadian marijuana growers.

It's also fair to say that the growth prospects for the two companies differ significantly. Tilray claims supply agreements with eight provinces and territories, including the most important of them all -- Ontario. The company is well positioned in the international medical marijuana market, especially with its strong operations in Germany. Pyxus' cannabis businesses aren't likely to experience the sales growth that Tilray will, either at home or abroad.

There's also a big gap in valuations -- but in Pyxus' favor. Tilray stock trades at an astronomically high 492 times sales. Pyxus' price-to-sales ratio is very low at only 0.23.

Can Pyxus become the next Tilray? It's entirely possible that Pyxus stock could enjoy a similar upward trajectory that Tilray saw in late August and September.

However, Tilray's huge gains had little to do with improvements in its business prospects. Sooner or later, reality will catch up with Tilray stock. That could happen with Pyxus, too, if it follows in Tilray's footsteps.

Long-term investors should probably heed the words of wisdom from Warren Buffett: "Be fearful when others are greedy and greedy when others are fearful." Right now, there appears to be plenty of greedy investors with Pyxus. That should make those investors who aren't "cannabis crazy" at least a little fearful.

Is This High-Flying Marijuana Stock the Next Tilray? @themotleyfool #stocks $TLRY Next Article
Current