Investors should keep their eyes on these three spinoffs.

There's always something new happening in the world of spinoffs. A new company is being born or there's a new SEC filing or a new investor presentation. Whatever's going on, you have to keep up with it.

Spinoffs are interesting because they've provided great returns for many years, and it's a good place to search for undervalued companies. Not only are spinoffs an attractive place to search for profits, but their parent companies could be nicely priced coming out of a transaction. 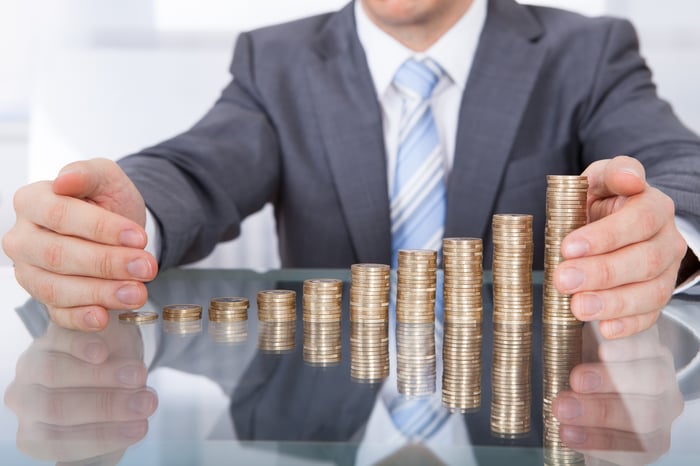 Here's some of the most recent spinoff news, including the spinoff company's prospectus, if it's been filed.

Breaking up seems easy to do for Honeywell, the music cliche notwithstanding. After spinning off turbocharger maker Garrett Technologies (GTX -3.69%) earlier this month, Honeywell is hiving off Resideo at the end of the month . Resideo makes and distributes comfort and security systems (think: control devices for HVACs, video cameras, and many other devices) primarily for homes. The split occurs at the end of the month, though shares are already trading on a "when issued" basis under the symbol REZI-WI.

Chances are you've been in a home with a Honeywell product, since it makes a range of devices for temperature, air, water, and security panels. The company boasts that its products are installed in over 15 million homes annually, and they will continue to wear the Honeywell badge, under a 40-year licensing agreement.

While the company has a leadership position in traditional control devices (i.e., non-connected devices), it's expanding quickly into the fast-growing sub-sector of connected devices. Gartner estimates the installed base of internet-connected consumer things to balloon from four billion in 2016 to more than 12 billion in 2020. As homes become increasingly connected, this is a wave Honeywell can ride.

KLX Energy began trading publicly on September 17, being spun off as its former parent company was sold to Boeing (BA -2.48%). KLX Energy provides completion, intervention, and production services to onshore oil and gas regions of the United States. Customers include independent producers as well as majors in both conventional and unconventional production. The number of customer agreements has soared from about 400 at the start of 2016 to more than 1,000 at the start of this year.

Many investors are excited because KLX's former CEO, Amin Khoury, will be in charge of the spinoff company and serve as chairman, too. Khoury has led KLX since its late 2014 spinoff from B/E Aerospace, a company he co-founded, in 1987. He was the CEO of B/E Aerospace from 2005 to 2013. This strong pedigree should serve the new company well.

The split means the parent company retains the live-entertainment assets, including Madison Square Garden, Radio City Music Hall, the Forum in Inglewood, and The Chicago Theater, among others. The parent company also retains the bookings business as well as $1 billion in cash.

Unlike most spinoffs, though, there are a couple of wrinkles, here. First, the company is spinning off only a two-thirds economic interest in the sports unit. The parent company is retaining the remainder and will likely be sold outright or traded for a stake in the parent company, but either move would occur many months later. Second, the Dolan family will retain its voting control of both companies through their Class B stock.

The move looks smart because it separates two businesses that are valued on different metrics, and that should help investors more properly assess and price them.

Keep your eye on spinoffs

All spinoffs are not create equal, of course, so which looks interesting? The track record of KLX Energy's CEO has me particularly interested, and I'll be reviewing that spinoff in greater depth in an upcoming column. Sometimes it's easier to follow the great managers to where the profit is hidden, and an initial look at the situation makes the stock look cheap.