Shares of PayPal Holdings Inc. (NASDAQ:PYPL) soared on Friday, rising nearly 10% as of 11:15 a.m. EDT after the company reported third-quarter results that were better than Wall Street analysts had estimated.

The online payments company reported non-GAAP earnings of $0.58 per share, better than the consensus estimate of $0.54 per share in the third quarter. Across its platform, from its core PayPal business to its rapidly growing mobile app, Venmo, PayPal Holdings is growing like wildfire. 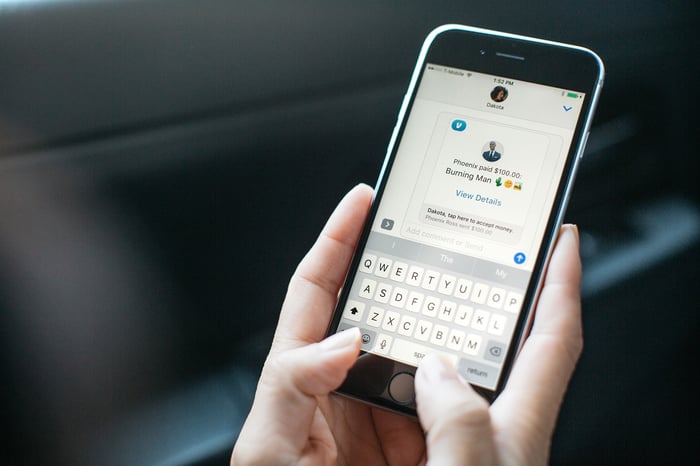 PayPal also revealed positive developments in its push to monetize its Venmo users. In prepared remarks on the conference call, the company said that 24% of its users "have now participated in a monetizable action," up from 17% in the sequential quarter and 13% in May.

Investors can look forward to the busy fourth quarter, which has historically been the strongest period for PayPal thanks to seasonal shopping patterns.

Importantly, PayPal has implemented a number of pricing actions that will take effect in the fourth quarter, including an increased fee on "instant transfers" on the Venmo platform. Users can pay a fee equal to 1% of the transfer amount to have funds moved from the app to an eligible debit card within 30 minutes, faster than the standard (free) bank transfer, which takes 1 to 3 business days.

All signs suggest that PayPal, which will turn 20 years old in December, still has years of growth ahead.