The stock market ended Friday mixed, with the Dow Jones Industrial Average picking up 0.26% even as the Nasdaq Composite and the S&P 500 posted modest declines. Market participants once again responded negatively to news of rising interest rates -- including the 10-year Treasury bond's jump in yield to the 3.2% mark -- as a potential signal that the long bull market in stocks was ending. Yet amid broad-based concerns about stock valuations, some companies reported upbeat earnings news for the past quarter that lifted their share prices further. Procter & Gamble (NYSE:PG), Skechers USA (NYSE:SKX), and Synchrony Financial (NYSE:SYF) were among the best performers on the day. Below, we'll look more closely at these companies to explain why their stocks did so well.

Procter & Gamble jumped 8% following the release of its third-quarter financial report. The consumer goods giant reported extremely strong sales growth compared to recent figures, including an overall 4% organic growth rate that was its best result on that metric in five years. Beauty and grooming products were in high demand, according to P&G, and the company has been able to use its pricing power to pass some of its cost increases through to its customers. Shareholders had hoped that Procter & Gamble would succeed in rebuilding its market share, and its recent strategy of focusing on its highest-value brands appears to be paying off. 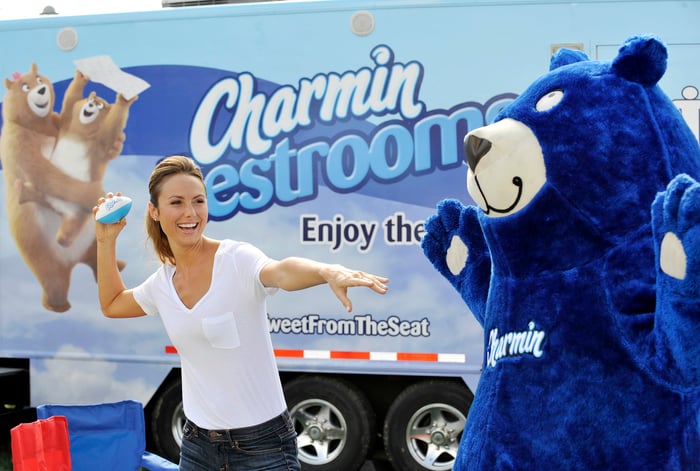 Skechers USA climbed 14% after delivering its Q3 report. The footwear company produced record sales during the quarter, and although top-line gains of 7.5% were somewhat less than most of those following the stock had expected, Skechers was able to limit its earnings decline to less than 2%. Strength in the company's international wholesale and global retail businesses was sufficient to offset declines in its domestic wholesale division, and Skechers projected favorable results for the fourth quarter on both revenue and net income. However, even after its advance Friday, Skechers' share price remains well below the recent peak it hit just before taking a sharp tumble back in April.

Synchrony gets in sync

Finally, Synchrony Financial picked up 6%. The bank reported solid fundamental growth in Q3, including a 9% rise in net interest income and 14% higher deposits compared to year-ago levels. One of its biggest accomplishments during the quarter was the acquisition of PayPal's financing program, which made Synchrony the exclusive issuer of PayPal Credit in the U.S. market. CEO Margaret Keane pointed to the value of Synchrony's investments in digital capabilities to develop competitive advantages against its peers. And, between its new and renewed credit partnerships with major retailers, as well as its innovation in areas like healthcare financing, Synchrony hopes to keep gaining momentum.