Vail Resorts (NYSE:MTN) has been a hidden winner on the market in recent years. Shares of the ski-resort operator have more than tripled over the last five years, and jumped nearly 800% over the last decade.

Skiing and snowboarding haven't suddenly come into vogue, however. Instead, those gains can be attributed to two key pillars of Vail's strategy: First, the company has aggressively pursued acquisitions, including its $1 billion takeover of Whistler/Blackcomb in 2016, the most visited ski resort in North America. The second key to Vail's success has been its Epic Pass. Introduced in 2008, the all-encompassing pass gives skiers and riders access to all of the company's resorts for an entire season for one reasonable base rate.

Combined, those strategies have proven to create shareholder value. Vail has leveraged its new properties to offer more varieties of passes, and raise the price of the Epic Pass. The pass has also created a reliable revenue stream for the company, and offered Vail's most devoted customers a good value for their money. In addition, having skiers and snowboarders visit Vail's resorts more often has boosted rental, lodging, and dining income, creating a virtuous cycle. Last year, Vail sold more than 740,000 passes.

However, success in business attracts competition, and a new rival has emerged to challenge the Epic Pass. The newly formed, privately held Alterra Mountain Company has essentially copied Vail's strategy, rolling up several high-profile mountains including Mammoth and Squaw Valley in California, Deer Valley in Utah, and Washington's Crystal Mountain, and has partnered with independent ski resorts like Aspen and Jackson Hole to offer its own all-encompassing season pass called the Ikon Pass for the first time this season.

Both passes start at $899, and like Vail, Alterra is strategically raising prices as opening day approaches. With winter just around the corner, now is peak season for pass sales. 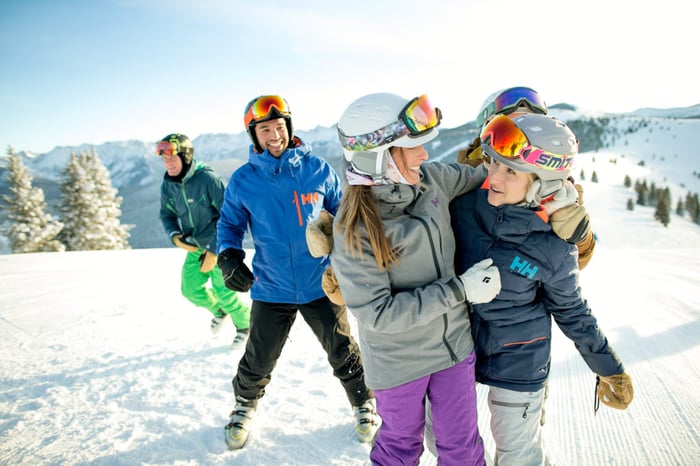 A chill in the air

On the surface, Alterra's move certainly looks like a threat to Vail. For the last decade, Vail has essentially been the only ski resort operator to offer an all-encompassing pass like the Epic as no other company had the properties to match it. Now that skiers and snowboarders have a choice between the Epic and Ikon, it's very likely that some who would have bought the Epic will try the Ikon instead, especially due to the caliber of the Ikon's resorts, as it seems to grant access to nearly all of the top non-Vail-owned mountains in North America.

However, Vail CEO Rob Katz has deflected concerns about Alterra and the Ikon Pass. At a conference in January, Katz said, "I've been very open that I think unlimited, unrestricted (skiing and snowboarding) at a low price is important. I think that's what the guest wants and to the extent that other resorts offer passes that deliver that simple value, I think that helps the industry because that gets more people into the industry. I think that's good for everybody."

The numbers also back up Katz's claim. In the company's recent earnings report, Katz said that season pass sales had increased 25% from the year before, and dollar sales were up 15%. The lower growth in dollar sales is due to the addition of the Military Epic Pass, which offers a substantial discount for military members. Excluding its impact, the average price for a pass was up 4.5% from a year ago.

Beyond the Ikon Pass, however, Alterra could present other challenges to Vail's supremacy. For instance, it may make future acquisitions more difficult or expensive, as it could also be a potential buyer of whatever resorts come up for sale.

For now, it seems that Vail's model continues to grow unimpeded, and the strong economy and record consumer confidence are no doubt helping. However, with a viable competitor in the Ikon Pass and the Epic Pass now ten years old, it may be harder for Vail shares to gain altitude from here. The blockbuster gains the company put up in recent years likely won't be repeated.