Amazon.com (NASDAQ:AMZN) is haunting the dreams of Roku (NASDAQ:ROKU) as it prepares to introduce the new Alexa-enabled Fire TV Stick 4K on Halloween.

The device allows 4K ultra HD streaming and supports HDR10+ and both Dolby Vision and Dolby Atmos, audio and visual enhancements that improve the overall quality and appearance of what you see and hear.  At $50, the new streaming device is also cheaper than Roku's Streaming Stick+, which supports Dolby Atmos and HDR10+, but until Amazon's announcement, had cost $70.

Roku is still the biggest streaming-device manufacturer, with 70% of cord-cutters owning one compared with the 40% who own an Amazon device (many people own more than one streaming device). But Amazon's latest iteration could narrow the gap considerably. 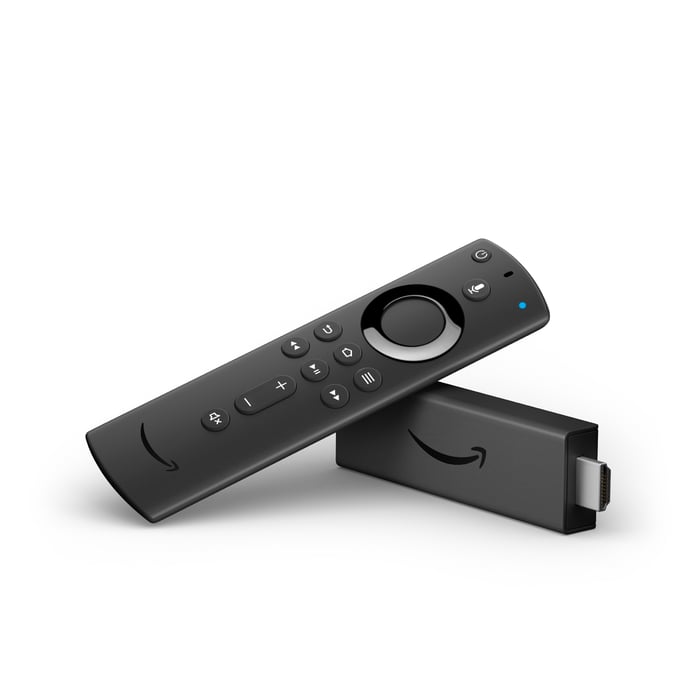 A better way to stream

The new Fire TV Stick follows on the heels of a whole suite of connected-home product introductions from Amazon, like new speakers and amplifiers for better sound. They also include the new Fire TV Recast, a DVR designed for recording over-the-air (OTA) broadcast channels through their Fire TV streaming devices (or other compatible devices) to watch, record, and replay OTA programming over Wi-Fi.

The new Fire TV Stick 4K also comes with an upgraded Alexa voice remote to control the power and volume of TVs, cable boxes, and sound bars, using Alexa's numerous built-in skills (you can also buy the remote by itself for $30).

What might really give the edge to Amazon in streaming devices, however, is its incorporation of Dolby Labs (NYSE:DLB) technology. The Fire Stick TV 4K is being billed as the first streaming device to support Dolby Vision and Atmos.

Dolby Vision is the audio giant's version of the open-standard high dynamic range (HDR) 4K video format. Dolby Atmos was originally developed for movie theaters to provide richer, more-realistic surround sound, and it has since been adapted for home use. Dolby Vision, for example, is a more demanding protocol that should provide a better overall image while Atmos should improve sound.

In Roku's favor, however, are the limitations of such advances. For example, TVs today can't fully utilize all of Dolby Vision's capabilities, such as 12-bit color depth, which effectively makes HDR10 (which Roku offers) a comparable technology. And there's little content (yet) available in 4K and HDR. Ultimately, it is the quality of the TV being viewed that's the deciding factor in just how much better the viewing experience is.

Roku still has an edge

The Fire TV Stick's capabilities might be the killer technology of tomorrow, but Roku's dongle is sufficient for what is on the market today. By the time that changes, Roku will likely offer upgraded devices. Moreover, Roku's 4K HDR TV from TCL has been touted as a great bargain, with a 55-inch model priced at less than $400. While Amazon has also entered the smart-TV market, Roku arguably has some of the most affordable sets, making them accessible to cost-conscious consumers.

Still, Amazon's new Fire TV Stick 4K will be a threat to Roku's dominance because it offers the most-advanced capabilities while also being cheaper. It also adds in Alexa enhancements that provide multifunctionality and connectivity with other components of a home theater system, which might just end up giving Roku a bit of a fright when it hits the market.