Roku can benefit from its rival's agreement to sell a new product exclusively to Best Buy.

Roku (ROKU 3.77%) stock was rocked by the news that Amazon.com (AMZN 3.15%) and Best Buy (BBY 3.10%) were partnering to sell new Fire TV Edition smart TVs, but this might not be the Roku-killing deal the market initially thought it was. In fact, investors might want to look at this as one of the best things to happen to the streaming video device maker.

Certainly the deal between Amazon and Best Buy is big news. The smart TVs from Toshiba and Best Buy's house Insignia brand will be sold exclusively at the electronics superstore, and if a consumer goes to buy one online at Amazon, they'll be redirected to the new Best Buy merchant site that's been created.

The partners have structured the deal to mutually support one another, so it's understandable why it was viewed as hurting Roku. Previously, Roku-powered smart TVs were available on Insignia, and the device maker has been making additional deals of its own with TV manufacturers. Yet that's also exactly the reason why investors should not be frightened by this arrangement. It's actually good news for Roku. 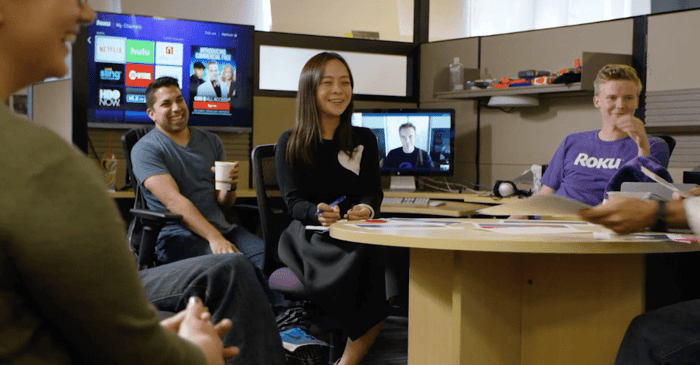 Less is more for Roku

Even with the new deal, Best Buy isn't getting rid of Roku-powered smart TVs. It will continue to sell other manufacturers' smart TVs that feature the system. Even better for Roku, Amazon actually made Fire TV Edition sets exclusive to Best Buy, meaning they can't be sold in Walmart, Target, Costco, or elsewhere. That gives Roku a much wider field to play on without the threat of Amazon encroaching on their territory.

Although an Amazon Fire TV Edition smart TV could very well be a popular item, it's not guaranteed they will take off. Best Buy's Insignia brand has an insignificant share of the TV market, and Toshiba has disappeared from the charts.

Data from Statista shows Samsung (NASDAQOTH: SSNLF) is the industry leader, with a better-than-20% share of the LCD TV market, followed by LG Electronics at 12% and Chinese set maker TCL at almost 11%. Toshiba, which had as much as a 7.4% share back in 2010 (its high-water mark over the past decade), no longer even ranks among the top 10. Panasonic sits at the bottom with a 2.9% share.

That means Amazon Fire TV Edition appearing on Toshiba and Insignia sets may not result in a big sales surge, and shouldn't be something Roku should necessarily fear. After all, Roku's smart TVs can be found on brands including TCL, which bills itself as the fastest-growing brand in North America (and touts on its home page that it makes the "largest Roku TV ever"); Hisense; Hitachi; Sharp; RCA; Philips; and of course, Insignia.

Roku wants to become a media services business and rely less on its low-margin hardware sales. It recently signed its own partnership with Samsung to have its Roku Channel appear on the company's smart TVs, understanding that increasing the number of users who then consume large quantities of content from its channel will be how it will be able to grow profitably in the future.

Its deal with the leading TV manufacturer should be seen as bigger news than Amazon's agreement to have its Fire TV Edition appear on two also-rans.

Shares of Roku are still trending lower since plunging after Amazon and Best Buy announced their deal, but considering Roku doesn't have to worry about Amazon's TVs showing up on other retailers' shelves, investors might want to consider this a great chance to pick up the stock at a discount. There's obviously risk from the pairing of two industry titans, but I see far more upside in buying Roku stock at these prices than downside.