A company's stock price is a battleground for competing ideas at any given moment. Some of those battles can become intensely fierce as traders start to make considerable bets that one particular stock is going to decline. These are stocks with a high short interest, which means that a significant portion of a company's shares are sold short. Some of the companies that Wall Street hates the most can be found on The Wall Street Journal's short interest highlights list.

Wall Street's typical thinking on stocks tends to be short-term in nature, though, and every once in a while, there are companies on this list that those with a long-term mind-set should consider. Three energy companies worth a closer look on this list of highly shorted companies are solar power component manufacturer Enphase Energy (NASDAQ:ENPH), solar power panel producer Sunpower (NASDAQ:SPWR), and offshore rig company Transocean (NYSE:RIG). Let's look at why Wall Street seems to be targeting these companies with their short positions and whether they are buys today. 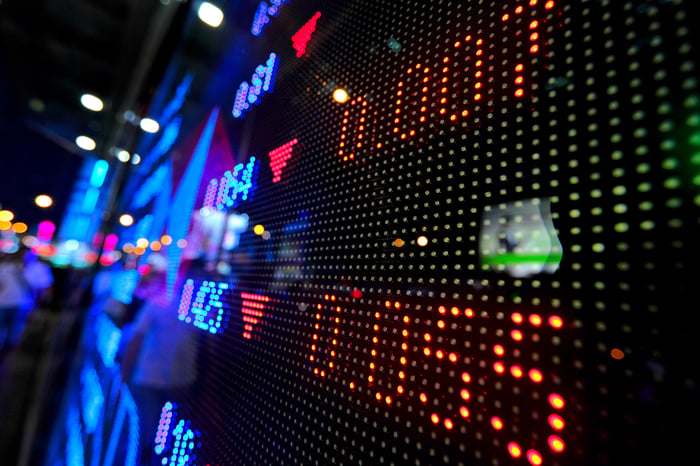 The solar energy industry is a fascinating one in how absolutely cutthroat the industry is and how quickly a seemingly advanced technology can be commoditized. Back in 2014, Enphase was riding high thanks to customers ordering its microinverters. This was a component installed on each individual panel that converted the direct current power produced by the panel to alternating current you find in a typical power outlet. At the time, the company was generating gross margins of 35% and revenue was growing quickly. Once companies started to incorporate energy storage (batteries) to solar installations, though, many of Enphase's components were incompatible and it led to a precipitous drop in revenue, earnings, and its share price as a result.

Today, though, the company has retooled many of its components such that they work with energy storage systems. In fact, Enphase is also offering integrated energy storage options with its components through its partner solar developers. It even recently purchased SunPower's in-house microinverter business and signed an exclusive sales contract with SunPower to sell components to it (SunPower now has an equity stake in Enphase as a result of the deal).

Management has laid out a plan to get back to profitability, and its supply deal with SunPower will be a large help in that regard. At the same time, though, this is an extremely competitive industry where Enphase has been losing market share to large Chinese conglomerates and U.S.-based SolarEdge Technologies. It could be worth watching this stock, but it will have to deliver on management's promises before investors should be ready to buy.

SunPower's stock price has been like a roller coaster over the past several years. Much of that has to do with the fact that even though solar is a fast-growing industry, it also is an incredibly cyclical one that is constantly in a state of over- or undersupply. SunPower holds a unique position in the solar panel producer industry because it makes the most efficient panels on the market. The trouble is, not everyone wants to pay the premium for its panels. The company has been trying for years to find the right strategy to market these panels, and recently it has found a lot of traction with residential solar installations where space constraints and installation costs can make more efficient panels attractive.

The reason that Wall Street hasn't been a fan of SunPower's stock is that all of those strategic moves have been at the expense of controlling costs. Since fiscal 2014, the company has been burning through cash and taking on quite a bit of debt in the process. Taking on debt and a string of net losses has lifted its total debt-to-capital to 97%. Of the $1.6 billion in debt, $1.1 billion of it is convertible debt owned by its largest shareholder, oil giant Total. If all of that debt is converted to shares, then it would significantly increase its current share count and give Total an even larger stake in the company -- it currently owns more than 55% of all shares outstanding. The bad news is that if all of those shares convert, it will dilute current shareholders significantly and likely reduce its share count. The good news is that Total has overwhelming control of the company and is a significant holder of its debt, so there isn't a huge concern that creditors will come knocking.

SunPower has some great tech, and its current market strategy makes sense considering the advantages and shortcomings of a premium product in a commodity business. That said, all of those convertible shares will likely take a toll on its share price as they convert over the next five years. Furthermore, the company needs to show that this new market strategy can pay dividends over the long haul. 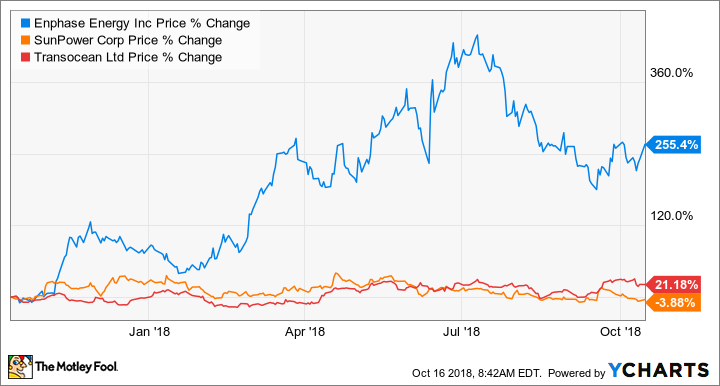 The offshore oil industry has been, arguably, the worst business to be a part of over the past three years. Developing offshore oil and gas reservoirs requires a lot of up-front capital and takes years to develop. As oil prices declined and producers cash flows dried up, they stopped giving the green light to new projects. So, as rigs finished up their contracts, there was no new work for them. Since 2015, Transocean and others have watched revenue tumble as rigs rolled off contract and idled in dockyards.

The one thing Transocean had going for it when the downturn started was a reasonable balance sheet, a backlog of work that ensured some future cash flow, and a good amount of cash already on the books. That cash pile came in handy over the past couple of months as management has used its financial strength to go on an acquisition spree. By buying assets and entire businesses from distressed companies in this industry, it has expanded its fleet of ultra-deepwater (ships that can drill in more than 10,000 feet of water) and harsh environment (rough seas, Arctic conditions) rigs.

Now, it has a large, modern fleet right as oil prices are back around $80 a barrel and producers are starting to sanction new offshore projects. Transocean's marketing team expects there to be 87 rig-years worth of work up for bid over the next 18 months.

Transocean's stock has a lot of short interest because quite a few things have to go right for it to get back to profitability. Not only does it have to capture a significant amount of those bids, but oil prices will have to cooperate over for a few years to boost the rates which Transocean and others can charge to producers. That said, the outlook for this company looks the most certain over the next three to five years and those sold short could be long gone by then.

A word of caution when buying stocks with high short interest: They are incredibly volatile. While that can be to your benefit if those holding short positions start to "buy to cover" to close their position, any bad news can drive more people to sell more to increase their short position. Even when you have a long-term outlook, it can be hard to watch your stock pop or drop 10%, 15%, or more in a day rather frequently. To buy these stocks, you have to be confident in your thesis and be able to overlook the daily ups and downs.