The footwear company ended its streak of terrible quarterly reports.

Skechers' (SKX 0.49%) third-quarter report wasn't all good news, but it was enough to erase some of the losses the stock has suffered this year. The footwear company saw sales growth slow down, but the bottom line held up much better than it did during the second quarter. Skechers' guidance was also ahead of expectations, with the company calling for a return to earnings growth in the fourth quarter.

Third-quarter sales grew by just 7.5% year over year, or 8.5% adjusted for currency. That's not a bad result in an absolute sense, but it is the slowest sales growth in nearly two years. 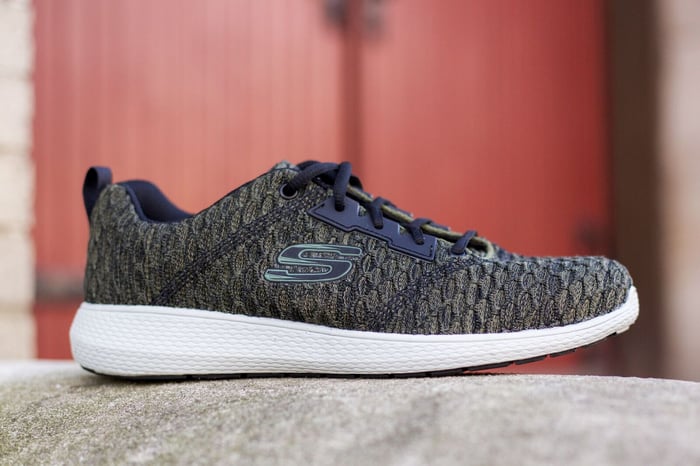 The international business continued to be Skechers' growth engine in the third quarter. International wholesale revenue jumped 11.8 year over year, while the international distributor business returned to growth with an 11.6% sales increase. The company shipped 5.6 million pairs of shoes in China during the quarter, with revenue from that country rising by 21.9%.

Skechers' fourth-quarter guidance calls for revenue between $1.100 billion and $1.125 billion, good for 14.6% year-over-year growth at the midpoint. That guidance depends on the domestic wholesale business firming up, as well as the trade war between the U.S. and China not escalating further. The company is increasing its production capacity outside of China, according to COO David Weinberg during the earnings call, but the impact of additional tariffs that affect Skechers' products is hard to predict.

The theme of Skechers' recent quarterly reports has been rapidly rising costs. The company has been ramping up its spending, mostly general and administrative, as it positions its international and direct-to-consumer businesses for further growth. That heavy spending has crimped the bottom line. During the second quarter, Skechers' earnings per share plunged 24% due to higher operating costs as well as currency fluctuations and legal expenses.

The company showed some discipline in the third quarter. Total operating expenses rose by just 9.5%, only slightly faster than revenue growth. Operating income edged up 6.4%, aided by a slight boost to the gross margin, but a higher tax rate led to a slight decline in per-share earnings. Skechers reported net income of $0.58 per share, down from $0.59 in the prior-year period.

Skechers expects to report between $0.20 and $0.25 in per-share earnings for the fourth quarter, compared to $0.21 in the prior-year period. That would represent a return to earnings growth if the company hits the midpoint of that range.

Not too late to buy

Skechers stock shot up after the third-quarter report, but it's still down nearly 25% year-to-date. With revenue growth set to accelerate in the fourth quarter, and with earnings beginning to catch up, now's a good time to buy the stock.

Based on the midpoint of Skechers' guidance, the company will produce about $1.85 in per-share earnings this year. That puts the price-to-earnings ratio just above 15. But Skechers stock is actually cheaper than it appears due to the mountain of cash on the balance sheet. The company ended the third quarter with roughly $800 million of cash net of debt. Backing out that cash, the cash-adjusted P/E ratio is just 12.5.

At that valuation, Skechers stock deserves a place in your portfolio.