Early investors in SVMK (NASDAQ:SVMK), parent of online survey specialist SurveyMonkey, have endured some big swings since it made its debut on the Nasdaq a bit less than one month ago. Priced at $12 to start, SVMK stock opened 56% higher than its IPO price (at $18.75) and ended the day up 44%.

Things haven't gone quite so well since then, however. Caught up in the downturn on the Nasdaq, SVMK has basically gone nowhere but down since its IPO, recently completing a round trip back to $12. But not to worry, says Wall Street. Despite all the negativity surrounding SurveyMonkey, this company still has a future.

And its return to $12 a share may just be giving investors a second bite at the apple. 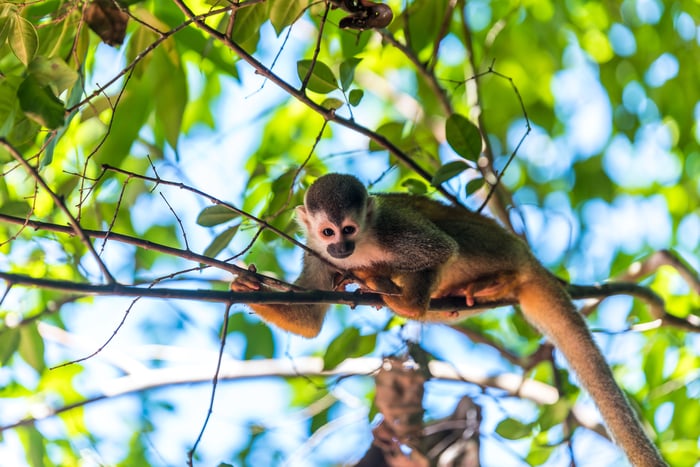 Six separate analysts initiated coverage of the SurveyMonkey stock this morning, with four of them rating SVMK shares a buy (or equivalent), and only two saying hold -- with no sell ratings in sight. That's not entirely surprising. After all, the six bankers who initiated coverage of SurveyMonkey this morning all played leading roles in underwriting SVMK's IPO last month.

Here's what SurveyMonkey's four fans have to say about it today (with thanks to our friends at TheFly.com for the details):

Of course, as I say, it's no surprise when bankers who underwrote SurveyMonkey's IPO and effectively hitched their reputations to the stock's success would sing its praises now that the "quiet period" is up and they're permitted to speak about the stock publicly.

What is curious is that with SurveyMonkey shares now selling for exactly the same price they went public at less than a month ago, two of the bankers who backed the IPO don't agree.

In that regard, I'm actually more intrigued to see UBS musing that, although SurveyMonkey has "ample runway" for growth both in the U.S. and internationally, the analyst seems worried that the "market" hasn't yet found an "equilibrium" around what price to set for this stock. Although UBS' $15 price target for SVMK stock is exactly equal to what JP Morgan established for its buy rating, UBS is only neutral on SVMK at this point.

Credit Suisse, too, says it's neutral on SVMK. Credit Suisse assigns SurveyMonkey a $13 price target and calls SurveyMonkey's online surveys "a valuable and critical asset" for business. Regardless, the analyst seems to think an estimated valuation 8% above current prices isn't high enough to warrant a buy rating.

Are UBS and Credit Suisse being too cautious? I'm not certain they are.

Consider: With $410 million in debt, only $43 million in cash (at last report) and a $1.6 billion market capitalization, even after its share price decline SurveyMonkey stock still carries an enterprise value of nearly $2 billion. Yet the company lost $32 million over the past 12 months and is expected to post another net loss this year. Indeed, according to analysts surveyed by S&P Global Market Intelligence, it's expected to keep on losing money for the next three years straight, and only turn the barest of profits in 2022.

Granted, SurveyMonkey is free-cash-flow positive, having generated a bit more than $34 million in cash profits over the past year. But even valued on free cash flow, the stock sells for more than 58 times FCF, which seems kind of steep for a company that -- according to JPMorgan, which remember, actually likes this stock -- is facing a "softening" revenue growth rate right now.

All things considered, I think that UBS and Credit Suisse have the right approach to this stock right now. For the time being, survey says, "Wait and see" -- not "Buy."

SurveyMonkey Stock Once Again Sells for Its IPO Price: Should You Buy In? @themotleyfool #stocks $SVMK Next Article
Current