Investors in Caterpillar (NYSE:CAT) stock may have gotten their hopes up last month, when analysts at investment bank R.W. Baird named Cat stock as one of their three favorite industrial stocks to invest in despite worries about the effects of President Donald Trump's trade war.

Today, those hopes are being dashed, as Caterpillar reported its Q3 earnings -- and investors sold off its stock, which was down by 5.6% as of 12:40 p.m. EDT in response. 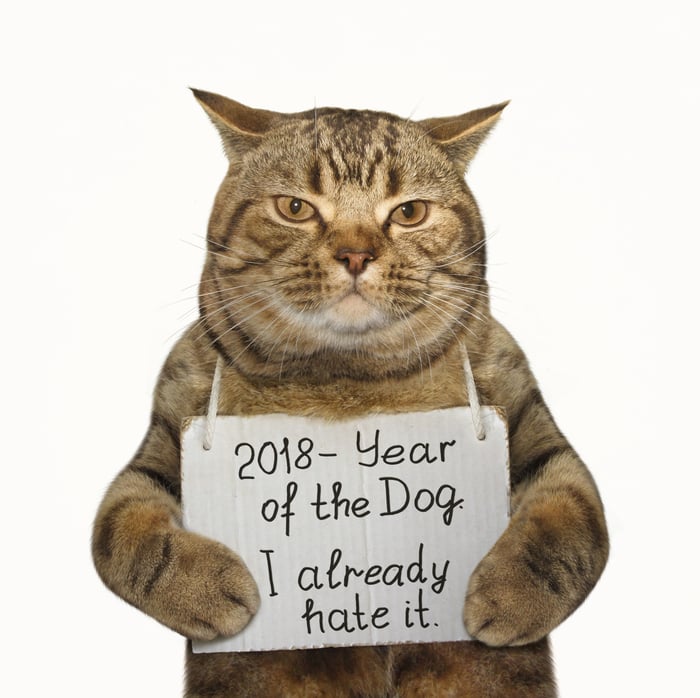 Does that sound like bad news? Well, at one point earlier Tuesday morning, it must have sounded even worse -- when Caterpillar stock was down 10.2%! So what went wrong?

From at least one perspective, not much. As The Associated Press reported today, Caterpillar's $2.88 per share in GAAP earnings were actually a nickel ahead of the $2.83 that Wall Street had expected. In line with Baird's prediction, Caterpillar also bested revenue expectations, reporting sales of $13.5 billion when only $13.2 billion had been expected.

Sales for the third quarter of 2018 surged 18% year over year, and profits per share were up even more -- 63%, the "best third-quarter profit per share in company history," according to management.

It's even hard to take issue with Caterpillar's forecast for the rest of this year, in which management predicts that Caterpillar will end up earning between $10.65 and $11.65 per share -- nearly 10 times last year's $1.26 EPS.

Most end markets continue to improve. Order rates and backlog remain healthy. In the fourth quarter, price realization, operational excellence, and cost discipline are expected to more than offset higher material and freight costs, including tariffs.

All that being said, however, Caterpillar still has generated just $2.2 billion in real free cash flow over the last 12 months, which makes me question the quality of all these earnings that it's reporting. Even with Cat stock trading for less than 11 times earnings, at a recent valuation of nearly 35 times free cash flow, I cannot say that I blame investors for having some reservations about buying Caterpillar stock -- earnings beat or no.