North American railroad CSX Corporation (NASDAQ:CSX) continued to benefit from operational changes undertaken over the last 20 months, as a jump in third-quarter 2018 revenue was enhanced by wide productivity gains, leading to an earnings surge. Let's review highlights and details from last week's earnings report to grasp the underpinnings of CSX's recent success. 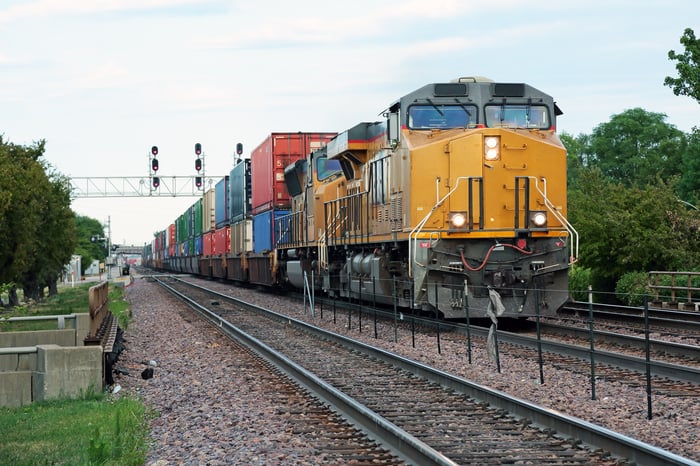 The implementation of scheduled railroad principles encompasses a range of tactics aimed at winnowing expense. These include a stricter approach to scheduling, favoring direct routes where possible, and reducing or eliminating hump yards (where train cars can be switched between routes).

The spartan model also relies heavily on increasing throughput, or the rate at which trains take on loads, transit to their destinations, and unload. During CSX's post-earnings conference call, CEO James Foote discussed the importance of throughput to the organization's operational goals. Foote's comments illuminate for investors in simple terms the profit-and-loss effects of pushing a railroad to run faster:

CSX's management typically provides very general forward-looking guidance, and limits this to a revenue projection. This quarter, executives have quantified a previous "mid-single digit" revenue growth expectation for the full year, to a new 6%-8% range. Nine months into 2018, revenue has already advanced 7% to $9.1 billion, so unless volume or pricing diverge from recent trends, the rail giant's full-year target should be realized easily enough.