Shares of New Age Beverages Corporation (NASDAQ:NBEV) were down 10.3% as of 3:15 p.m. EDT on Wednesday after slipping as much as 12.4% earlier in the day. The decline followed an even greater plunge for the stock on Monday.

New Age Beverages markets beverages including coffee, tea, kombucha, and energy drinks. But the reason for the stock's slide this week stemmed from the company's connection to the marijuana industry through its recently introduced cannabis-infused beverages. Marijuana stocks have taken a beating over the last week. And New Age Beverages is now viewed by many investors as a marijuana stock. 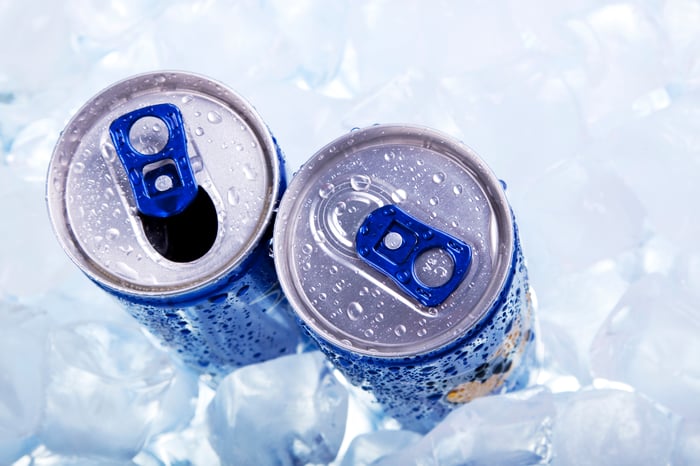 Canadian marijuana stocks, in particular, have sold off after the country's recreational marijuana market opened on Oct. 17. But the major pullback for marijuana stocks has essentially no bearing on the prospects for New Age.

On the other hand, investors shouldn't get too caught up in the hype over New Beverages stock skyrocketing more than 150% since early September. Most of those gains came from exuberance about the company entering the cannabis-infused beverage market. You could even say that investors were, to use former Federal Reserve chairman Alan Greenspan's words during the dot-com boom, "irrationally exuberant."

Expect continued volatility for marijuana stocks, in general. Like it or not, New Age Beverages will be caught up in that volatility.

The main thing for investors to focus on, though, is the company's financial performance. New Age Beverages isn't faring so well in 2018, with significant losses in both Q1 and Q2. Perhaps the addition of cannabis-infused beverages will help right the ship. But investors are probably better off taking a wait-and-see approach with this high-flying stock.