The fast-casual eatery continues to deliver solid improvements and growth, but it still hasn't found a way to bring customers back in bigger numbers.

Chipotle Mexican Grill, Inc. (CMG -1.04%) reported its third-quarter results on Oct. 25, delivering a solid 8.6% sales growth, with earnings almost doubling from $0.69 per share last year to $1.36. The burrito, bowl, and pseudo-queso seller (this writer is not a fan) reported solid improvements in nearly every operational metric, which was one of the big keys behind the surge in profits.

This included a big 4.4% increase in same-restaurant sales, or comps, a key measure of sales at locations open at least 13 months. But there's a big catch to this catch-all metric: Rising comps simply mean rising revenue, and that can mask potential problems. When we peel comps into its separate components, the unfortunate conclusion is that Chipotle isn't seeing an increase in customers. To the contrary -- at best, that metric is flat. 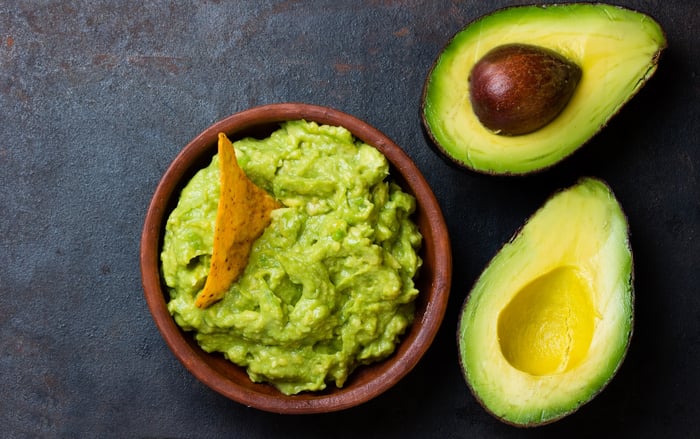 Let's take a closer look at Chipotle's quarter. The traffic trend has become a persistent issue, but management is taking actions to reverse it, and there are plenty of positives that deserve discussion.

Here's how Chipotle did across some of the most important metrics.

As the table above shows, Chipotle enjoyed higher revenue and a big surge in profits, primarily due to improvements across its restaurant-level costs. Comps increased 4.4%, primarily on higher prices, while labor costs as a percent of sales held steady. The result was a big surge in restaurant-level operating margin, approaching 19%, even with the impact of a number of nonrecurring expenses related to restaurant closures, relocations, and other restructuring.

Let's be clear about this first: Comps growth of 4.4% is a good thing. It's also by far Chipotle's best comp result in more than a year. Here are the quarterly comps results over the past eight quarters:

Not only did Chipotle deliver its best comp result since last year's second quarter, but it was one of the chain's best quarters since the end of 2016, when it finally started creating some distance following the food-borne illness incidents that scared customers away in droves.

The catch is that Chipotle's comps growth in every recent quarter has been due to a combination of higher prices and higher average check. In the third quarter, Chipotle said it continued to see fewer comparable transactions, with this important measure down by 1.1%.

The good news is even with the decline, there was some improvement sequentially. In the second quarter, comp transactions were down 1.8%, and management only said they were "negative" in the first quarter without providing an exact number. Based on the fact that comps were only up 2.2% in Q1, while menu prices were up 4.9% that quarter, it's likely comp transactions were down 2% or more in the first quarter.

If we look at another metric in the table above -- average restaurant sales -- there's a positive trend. Not only did Chipotle deliver its best comps quarter since early last year, but it also achieved its best average revenue per restaurant as well, and that number is decidedly trending higher.

This metric is very important, since one of the best ways to drive higher profits is to maximize sales at every location. If we are indeed seeing a bottoming out of weak traffic, Chipotle's industry-leading per-unit sales figure should continue to grow higher, driving strong incremental profits.

Counting on food innovation, digital and delivery to drive growth

Management said the company will finish 2018 "at the lower end" of its target for 130-150 new locations opened this year, and announced plans to open 140-155 new locations in 2019. This represents a continuation of a less-aggressive expansion plan, after having regularly opened more than 200 stores per year for almost a decade.

With nearly 2,500 restaurants at quarter-end, this would represent about a 6% expansion, meaning Chipotle will rely on its in-store initiatives to drive a lot of growth. The company said digital sales increased 48% and represented 11.2% of sales, and that it now has pick-up shelves for digital orders in 350 stores. It also has a digital second make-line in 750 locations and plans to have them in all locations by the end of 2019. 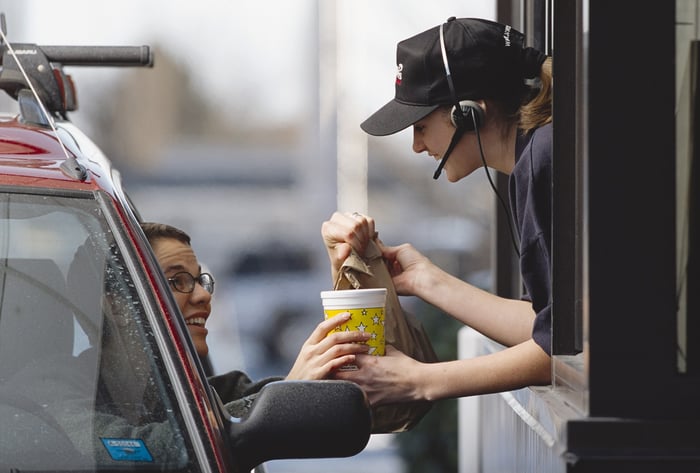 Delivery is also high on the radar. Chipotle added DoorDash as a delivery partner earlier this year and has integrated this feature into the Chipotle app, On the earnings call, CEO Brian Niccol said the average delivery time is under 30 minutes, and this offering is helping retain regular customers and bring back lapsed customers, too.

Chipotle has also started testing drive-through and pickup window service. Niccol said that the restaurants involved in the test are generating "far above our national average" sales, and that leveraging the digital make-ready line is a key to this success.

Looking ahead: Progress, but traffic growth is the missing ingredient Chipotle needs

Chipotle has made steady progress in 2018, and the share price is up almost 70% since Niccol was named CEO in Feburary. Since then, the company has steadily chipped away at some of its legacy problems, but mostly has benefited from higher prices while keeping operating costs in line. The key to returning to Chipotle's big-profit glory days continues to be driving higher traffic.

But investors have been singing this song since the "end" of the food-borne illness problems almost two years ago at this point, but to this point, fewer customers eat at the average Chipotle restaurant than in 2015.

If the small-but-steady improvements over the past few quarters do indeed continue, however, that trend could reverse soon -- particularly if the company can hit it big with the convenience-boosting benefits of digital orders, delivery, and drive-thru.