Shares of aluminum producer Century Aluminum Co (NASDAQ:CENX) fell as much as 17.7% in trading Friday after the company reported third-quarter results. At 12:25 p.m. EDT, shares had recovered slightly but were still down 14.4% on the day. 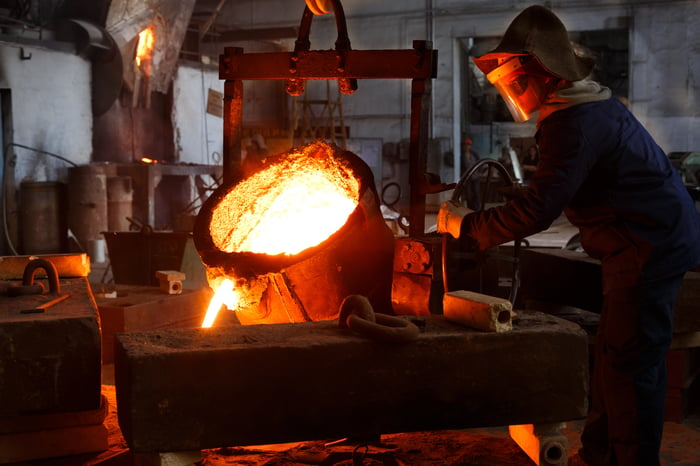 Results on both the top and bottom lines actually topped estimates slightly, but the stock still dropped today. That could be because of an overall market decline, which is often exacerbated in companies that are operationally leveraged to the global economy like Century Aluminum.

The decline in earnings isn't necessarily surprising, but it's concerning that Century Aluminum isn't doing better financially in a strong economy with growing trade protections. If the U.S. or global economy does go into a recession, that could be really bad for a company barely making an adjusted profit. That tenuous financial position is what will keep me out of the stock today.