No company has grabbed more headlines over the past three months than Tesla (NASDAQ:TSLA). And it's been in the news for all the wrong reasons: "funding secured," odd and erratic tweets, you name it.

The side show is no doubt entertaining, but it offers no real value for long-term investors. Simply put, your most important job is to separate the signal from the noise. Beyond recognizing that Musk needs an operations specialist to help out, most of this is just noise.

Below, I've tried to organize the important points about Tesla's business so beginning investors can more confidently evaluate Tesla's fate. 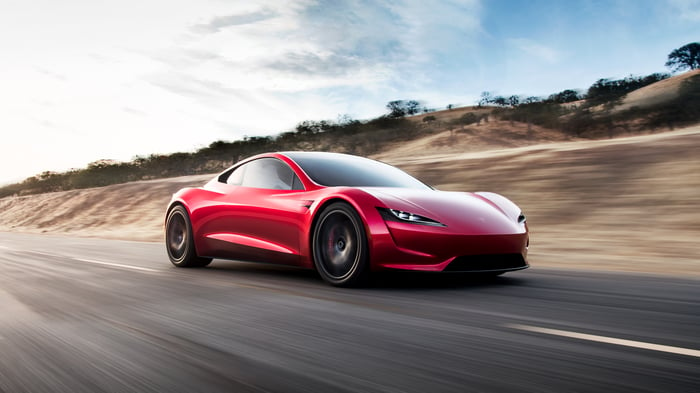 Regardless of what the stock does over the next few months, it has been an enormous winner for long-term investors. Between going public in 2010 and today, the stock is up over 1,100%.

Nothing highlights the progress the company has made better than its sales growth over that time. 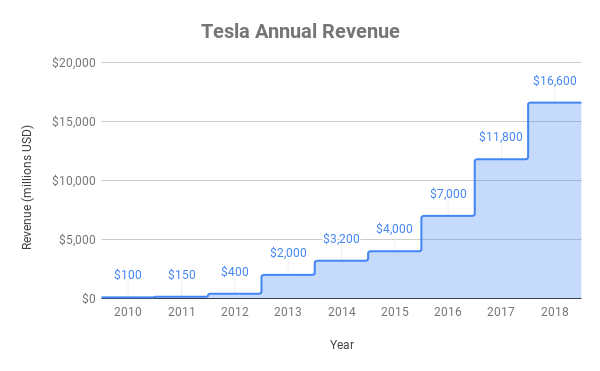 Here's what's truly impressive: Those 2018 numbers only represent the trailing 12 months. There's still another quarter to go in 2018, during which that growth will become even more impressive.

Of course, it's important to understand where that growth came from -- namely, vehicle sales.

With those models combined, here's what year-by-year deliveries have looked like. 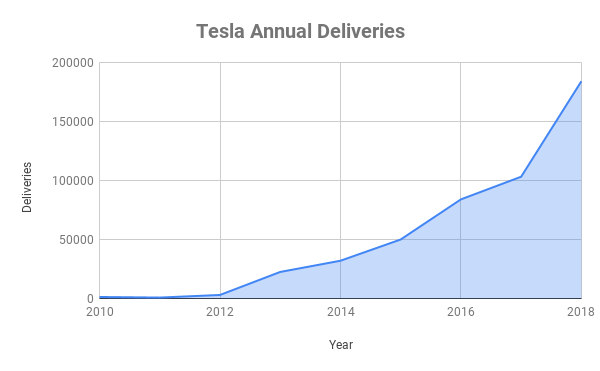 It cannot be understated how quickly deliveries have ramped up recently. Before the start of 2018, Tesla had never delivered more than 30,000 cars in a quarter. But in the most recent quarter, a whopping 83,500 deliveries were made. 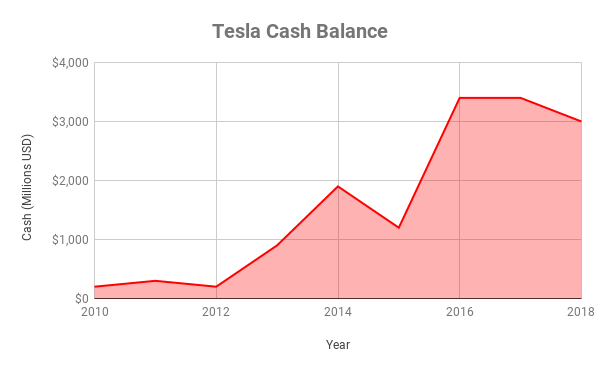 Given all of this information, it might be tough to understand why there's so much pessimism surrounding the company. While I'm not sure the Musk-related noise warrants such concerns, there are other things far more prevalent.

As Musk himself often reminds investors, only two American car companies have never declared bankruptcy: Ford and Tesla. There's good reason for that: Running a car company is one of the most difficult tasks in the business world. There are enormous up-front costs -- from building manufacturing facilities to procuring the raw materials to build the cars; there are huge rosters of employees to pay; and demand can be fickle depending on the macro-economic environment.

Tesla is not immune to these pressures. One look at the company's accumulation of long-term liabilities offers a case in point. 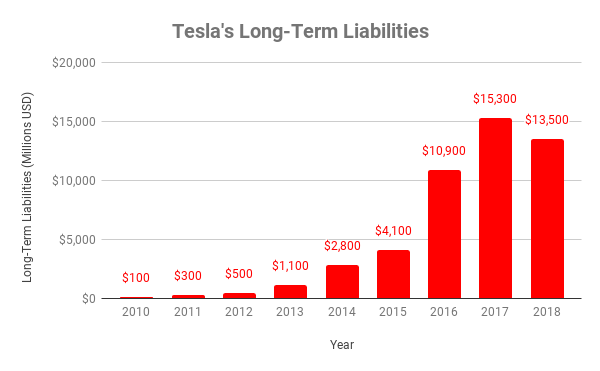 In an effort to dramatically ramp up production of the Model 3, Tesla's balance sheet became loaded with debt in 2016. As stories of production troubles have trickled out to the press, many have become concerned that Tesla will have trouble meeting its debt obligations. Some of the company's convertible notes may be nowhere near their strike prices, creating large obligations that need to be fulfilled.

If those fears were realized, it could quickly snowball on the company: The stock could fall, making capital raises difficult, and lenders might demand high interest rates, making funding next to impossible.

But we're not at that point yet. By far the most important long-term figure for investors to watch is free cash flow. This represents the amount of money a company puts in its pocket every year as a result of running the business, minus any capital expenditures (like building a Gigafactory). Since going public, Tesla has never meaningfully generated positive free cash flow...until just now. 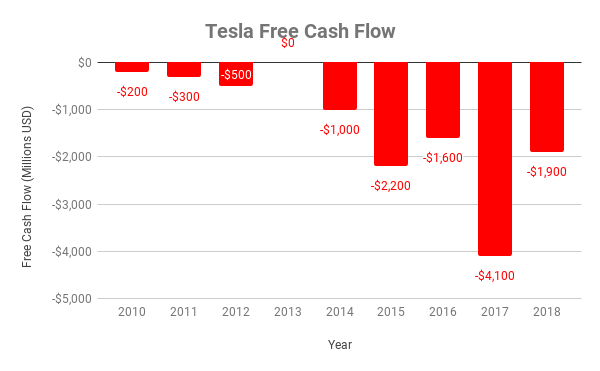 This shouldn't be surprising, given Tesla's relatively young age for a car-maker. But it can't stay this way forever. The Model 3 is supposed to represent Tesla's move toward financial sustainability.

If the company squeezes through the tight, debt-laden spot it has put itself in and fulfills its mission to fully wean us from fossil fuels, we will look back with awe. It will likely also mean huge gains for current investors.

If not, it could end up in the dust-bin of wonderful -- but failed -- ideas that couldn't be executed.