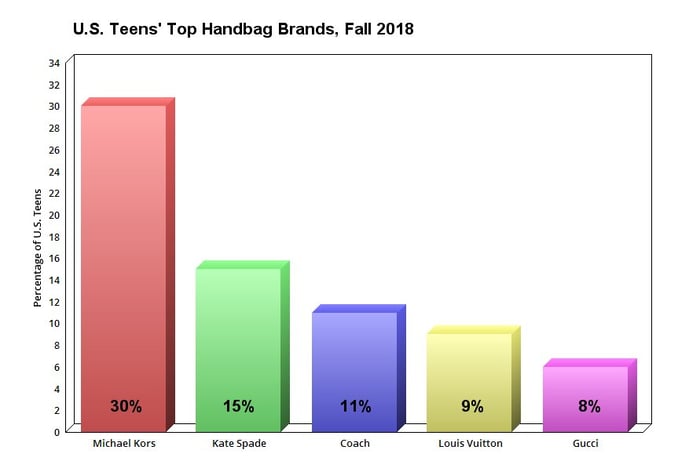 Piper Jaffray surveyed 8,600 teens across 47 states, with an average age of 15.9 and an average household income of $68,300. Forty-four percent of them were female.

These results bode well for Kors and Coach, which both previously struggled as their aggressive moves into the "affordable luxury" market weakened their brand appeal among higher-end consumers.

Kors and Coach both addressed the issue by reducing their promotional activities and pulling back from wholesale retailers like department stores. The companies also expanded their businesses -- Kors bought Jimmy Choo and Versace, and Coach acquired Stuart Weitzman and Kate Spade to form Tapestry.

Joe Cardador, VP of consumer intelligence at Barkley, told Forbes at the beginning of this year that Generation Z "is on track to become the largest generation of consumers in just a few short years." So the brands these younger shoppers favor today could profit from that upcoming boom.