The containership leasing company benefited from a recent acquisition and strong vessel utilization due to improving market conditions.

Seaspan Corporation's (ATCO 0.07%) financial results continued moving full speed ahead in the third quarter due in large part to a needle-moving acquisition it completed earlier in the year. That deal, along with improving market conditions and its financial maneuvers to strengthen its balance sheet, positions the company for continued success. 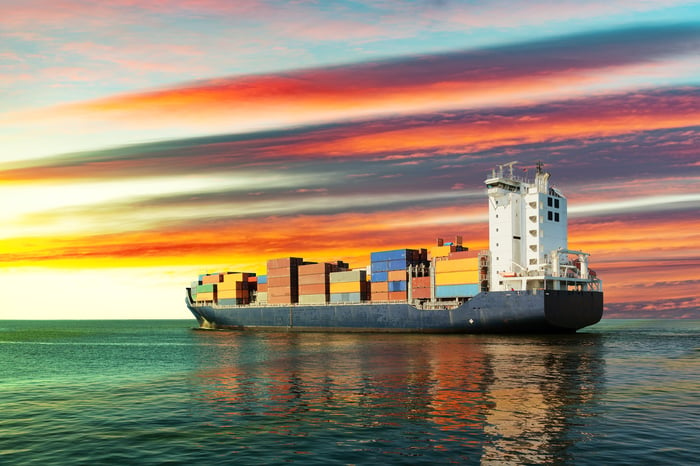 I am pleased with our record operating results in the third quarter, and the strategic milestones we have achieved so far this year. We are realizing benefits from the full integration of GCI, which is the main driver of our year-over-year growth, while we continue to invest in and improve operations of our integrated containership platform to provide best-in-class services. These improvements are evidenced by our 98.4% utilization rate for the quarter, as well as marking the lowest ever number of lost time injuries since we began tracking in 2013.

Seaspan's strategic maneuverings over the past few months are paying dividends. The acquisition of GCI has significantly bolstered the company's financial results, which has accelerated its turnaround. In addition to that, the company has continued to strengthen its balance sheet, which has boosted its liquidity so that it can capture compelling opportunities in the market, such as its proposed investment in Swiber. That positions the company for continued success for the balance of 2018 and into the next year.

Seaspan's acquisition of GCI should continue to drive accelerated revenue and earnings growth for the next couple of quarters. Meanwhile, the company's moves to shore up its balance sheet have enhanced its liquidity position so that it has ample dry powder to continue pursuing compelling investment opportunities.

Is Seaspan Corporation a Buy?
363%