Shares of General Motors (NYSE:GM) surged on Wednesday after GM reported third-quarter earnings that were much stronger than analysts had expected and hinted that its full-year profit could exceed its guidance.

GM's third-quarter net income of $2.5 billion was a huge improvement over the loss it posted a year ago, when it took hefty accounting charges after the sale of a subsidiary. It was also quite a surprise: On an "adjusted" basis, excluding one-time items, GM earned $1.87 per share -- trouncing Wall Street's $1.26 average estimate. 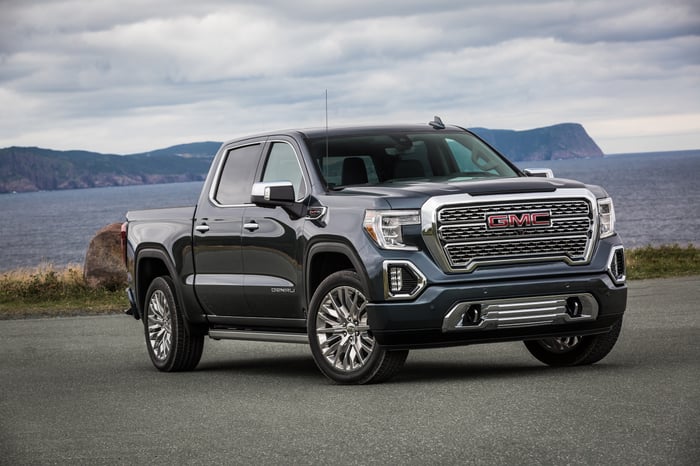 What happened? GM's sales in the U.S. and China were down versus the third quarter of 2017, and analysts had expected its adjusted earnings before interest and tax ("EBIT-adjusted," in GM-speak) to fall as well. But GM was able to boost its profit margins by selling a more profitable mix of trucks and SUVs, reducing its incentives (in the U.S.), and selling more high-profit Cadillacs (in China).

The results: an earnings surprise, a strong hint from CFO Dhivya Suryadevara that GM's full-year adjusted EPS could exceed its guidance -- and a big jump in GM's share price on Wednesday.

GM's full-year profit will almost certainly still be lower than its 2017 result, even if it exceeds guidance. But GM's third-quarter result shows that it's holding up better than many rivals as sales slow and commodity prices rise.