Make no mistake: This was another impressive performance from the research and advisory services leader.

Gartner Inc. (IT -1.44%) announced third-quarter 2018 results on Thursday morning, showcasing better-than-expected growth, strong demand for the company's compelling research and advisory services, and the continued divestment of certain non-core assets. But the company also offered a seemingly conservative view for its expected performance in the months ahead.

Shares were down around 3.8% today. Let's take a closer look at how Gartner started the second half. 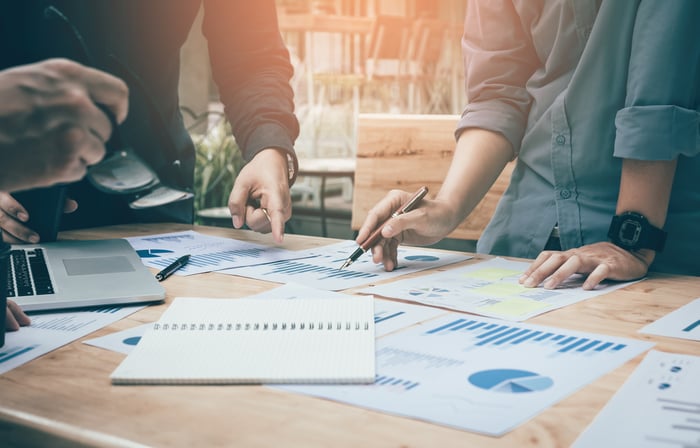 Third quarter 2018 continued our trend of double-digit growth in contract value, revenue, and profits, combined with strong cash flow. The compelling insights we create, combined with our operational effectiveness, deliver incredible value to more than 15,000 enterprise clients around the world. Our prospects for future growth remain strong.

Investors should keep in mind, however, that the new ranges account for roughly $307 million in lost revenue and $0.41 per share in lost earnings from divested operations. Given its relative outperformance this quarter, Gartner's seemingly light revenue and earnings outlook actually represent an increase from its prior expectations.

All things considered, this was as strong a quarter as Gartner investors could have hoped for. And with its non-core businesses finally removed, the company should be nicely poised to continue driving superior results going forward.

Why Gartner Is Popping Today