The card issuer's breakup with Walmart might not be as easy as once thought.

Shares of Synchrony Financial (SYF -1.55%) are plunging today, down by about 10% as of 3:10 p.m. EDT, on news that Walmart (WMT -2.50%) is suing the company for $800 million. The suit relates to the partnership between the card issuer and retail giant, which came to an end earlier this year.

For its part, Walmart is seeking damages of $800 million, which it says it suffered because Synchrony breached their agreement. Synchrony issued a press release in response, which states that "Walmart is trying to avoid paying the fair market value for the portfolio as required by our contract." 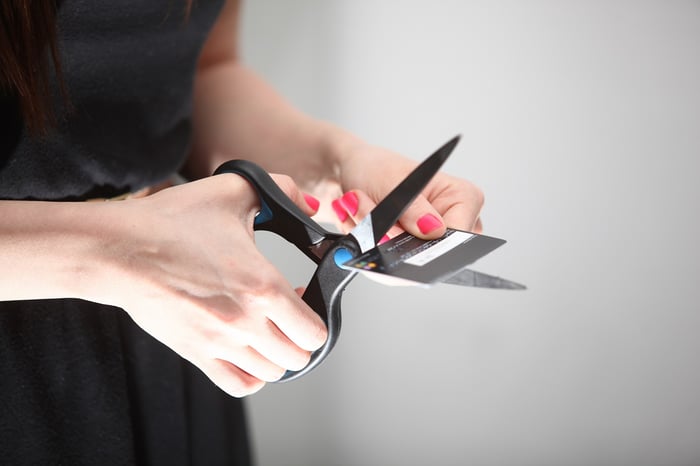 Synchrony went on to defend its position and how it serviced the portfolio, writing that it "applied the same underwriting and decision-making processes to the Walmart portfolio as it does to all portfolios. The credit performance of the portfolio was simply driven by the credit distribution of the applicants, the relative performance of Walmart cardholders and Walmart's failure to promote the program."

The real issue may go well beyond Walmart, however. Stephens analyst Vincent Caintic downgraded shares of Synchrony, writing in a note to clients that the lawsuit suggests that the card issuer also lost its partnership with Sam's Club, which was one of its five-largest retail card partnerships at the end of last year. (Sam's Club is counted separately from Walmart in its filings.)

At the time of the split, the Walmart relationship was responsible for roughly 19% of Synchrony's card portfolio and 13% of its total loan book.

Losing Sam's Club would be yet another blow to the store card issuer. Analysts had previously estimated the Sam's Club book to be worth about $8 billion, or about 13% of retail card loans and 9% of total loans at the end of the third quarter.