It's more than just the earnings miss -- it's the valuation.

Wall Street had predicted Sysco would earn $0.92 per share (pro forma) on just under $15.4 billion in sales in the company's first fiscal quarter. Instead, Sysco reported sales of just over $15.2 billion, and pro forma earnings of $0.91. 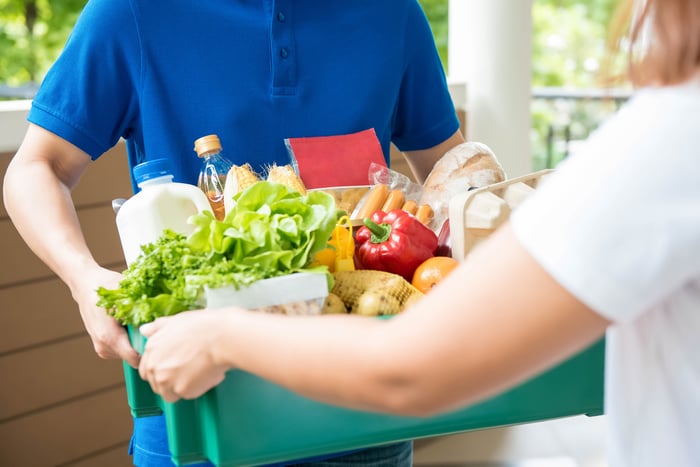 Sysco's sales grew strongest in the U.S., where sales were up 5.6% year over year. International food service sales grew only 0.6%.

Free cash flow came in strong at $166.8 million, compared to last year's Q1, in which the company burned cash.

Decent sales growth, even better profits growth, and fantastic free cash flow -- what's not to like about all of that? I'll tell you what: the valuation.

Even with free cash flow turning around this past quarter, and even with Sysco generating a very respectable $1.7 billion in FCF over the last 12 months (GAAP earnings were just $1.5 billion), Sysco stock sells for the princely sum of nearly 22 times FCF. It costs more when valued on earnings, and much more when its nearly $8 billion in net debt is factored into the valuation.

With Sysco's stock so pricey already, investors were probably already looking for an excuse to sell Sysco today. This morning's earnings miss, it appears, suited that purpose nicely.

Could Sysco Corp. Stock Really Be Headed to $64?

Why Sysco, Middleby, Chart Industries, and Trex Shares Were All Down Today