Insider trading and a negative online article from a short-seller sent the telehealth leader's stock downward.

Shares of Teladoc Health Inc. (TDOC 5.90%) tanked on Monday, dropping 12.7% as of the market close. There were two primary reasons behind the sell-off. First, Mark Hirschhorn, Teladoc's COO and CFO, sold more than $700,000 worth of Teladoc shares on Friday. Second, a negative online post from a short-seller alleged "questionable sales practices" at the company's BetterHelp mental health subsidiary.

Anytime a company insider sells a big chunk of stock, it can be concerning to outside investors. As both COO and CFO, Hirschhorn certainly qualifies as a major insider. And his sale of stock, representing over 81% of his stake in Teladoc Health, definitely is a big chunk. 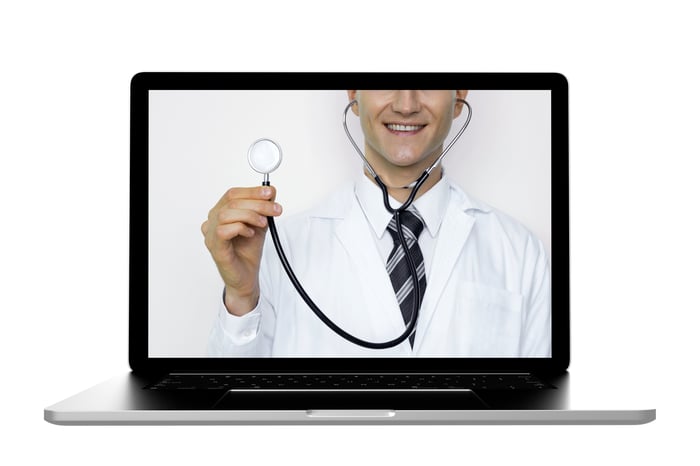 However, it's always smart to read the fine print. Hirschhorn's sale of 10,000 shares of Teladoc was set up under the Securities and Exchange Commission's Rule 10b5-1. This rule allows a company's insiders to sell a predetermined number of shares at a predetermined time. Hirschhorn established the number of shares and timing of when to sell them on June 15. Also, he purchased 2,284 shares on Oct. 31 -- just two days before his planned sell date of the larger block of shares.

These moves by Hirschhorn really don't indicate anything negative about Teladoc Health. Insiders at many publicly traded companies often take advantage of the flexibility that Rule 10b5-1 gives. Hirschhorn obviously scheduled the sale date to come a day after Teladoc's third-quarter update. However, there was no way for him to know back in June how Q3 would play out.

What about that negative online article from a short-seller? The author's premise was that sales for BetterHelp will soon plunge due to patients leaving over a controversy in which YouTube stars promoted the site in exchange for money every time a viewer clicked on the referral link to BetterHelp. The mental health company accounts for 70% of Teladoc's organic subscription revenue growth, according to the online post.

Again, it's important to dig into the details. CEO Jason Gorevic stated on the company's Q3 conference call that the "direct-to-consumer behavioral business has been one of our fastest growing segments." However, he added that YouTube channels generate less than 5% of BetterHelp's new subscribers. BetterHelp is expected to pull in more than $60 million in revenue this year. But that's less than 15% of Teladoc's total projected revenue for 2018.

The bottom line is that the latest sell-off of Teladoc shares appears to be, if not much ado about nothing, much ado about little of significant concern.

Investors have more important things to focus on with Teladoc Health than previously scheduled insider trades and short-sellers attacking the stock in hopes of making money. Those things include the continued adoption of telehealth by businesses and health plans, CVS Health's rollout of telehealth services powered by Teladoc, and significant opportunities in federal Medicare and Medicaid programs.

Teladoc Health appears to be poised to generate tremendous growth over the next 10 years and beyond. Today's downturn is likely only a blip.