2018 has been a rough year for Chinese tech stocks, but these three beaten-down companies could emerge as big winners.

The Chinese tech sector has taken a beating since hitting a high mark at the end of 2017, with economic slowdown and trade tensions with the U.S. causing the Invesco China Technology ETF to shed roughly 28% of its value year to date. However, even with the steep sell-offs and potential for continued volatility, there are companies that will emerge from the uncertainty to deliver great returns for shareholders.

With that in mind, we asked three Motley Fool contributors to each identify a promising Chinese tech stock that's worth keeping an eye on this month. Read on to see why they think iQiyi (IQ 9.09%), Alibaba (BABA 4.55%), and Baozun (BZUN 7.13%) are companies that should be on your watchlist. 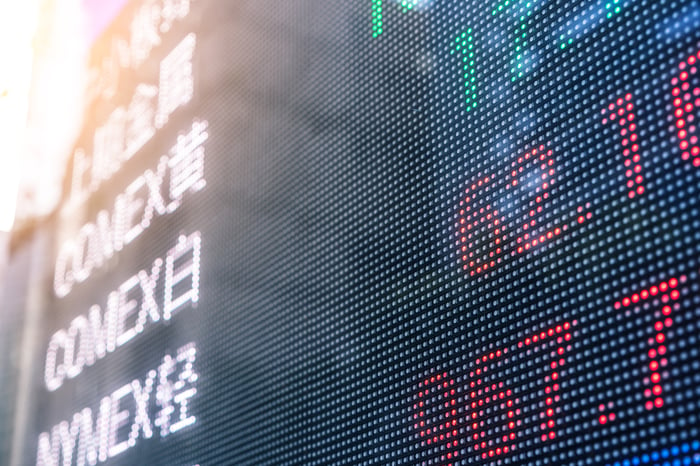 Demitri Kalogeropoulos (iQiyi): Digital media specialist iQiyi is growing at a robust pace, just not quite as quickly as Wall Street had hoped. Still, a 48% sales spike, up to a cool $1 billion, is nothing to ignore. And that result is what counted for a disappointment from the company when it posted earnings figures in late October. Shares slumped after the announcement in what likely had more to do with the pessimistic market climate than to weaknesses in iQiyi's business.

The streaming video service is firing on all cylinders, after all, with subscribers nearly doubling last quarter to 81 million. The advertising segment had a tougher outing, as management suggested it might. In fact, advertising sales dipped 4%, which executives blamed on the combination of the World Cup broadcast monopolizing ad budgets and tighter regulations impacting the broader Chinese industry.

iQiyi is working on building a more robust advertising business that isn't so sensitive to short-term advertiser demands. Meanwhile, the bigger-picture strategy of building a Netflix-style content service that's supported by advertising revenue remains on track. Yes, the company is far from the point where subscriber revenue offsets content costs. But its market-thumping growth pace should bring that goal closer with each passing quarter.

Rich Smith (Alibaba Group Holding): With a market capitalization just shy of $380 billion at close of trading Friday, Alibaba stock may be down 17% over the past year, but it's still one of the PRC's largest companies -- and clearly a Chinese stock to watch.

What makes Alibaba worth watching in November in particular? On Nov. 2, Alibaba reported its financial results for fiscal Q2 2018 -- and the news was decidedly mixed. Sales grew 54%, and sales at Alibaba's rapidly growing cloud computing business (its version of Amazon's AWS) soared 90%. Yet Alibaba still missed revenue estimates, and its operating income and operating cash flow both actually declined.

Possibly even worse, Alibaba cut its revenue guidance  for the rest of this fiscal year by about 5%. Management is still looking for sales to come in at roughly $54.5 billion, a 37% increase over 2017 sales. But with the company making "significant investments in local services, logistics, entertainment and international expansion," there's no guarantee that earnings will match that growth. They certainly didn't this past quarter!

Long term, analysts surveyed by S&P Global Market Intelligence still forecast a 27% annualized earnings growth rate for Alibaba, which you'd think should be achievable for a company that just grew its sales at twice that rate. Whether investors will keep the faith that Alibaba's investments will pay off in time and continue to buy the share so long as sales, at least, keep growing, remains to be seen.

How investors react to earnings in the next few weeks should give us the answer to that question.

Keith Noonan (Baozun): E-commerce is a trend that's reshaping the global retail market, and nowhere is that change more pronounced than in China. In 2017, the country's business-to-consumer e-commerce spending increased 32% year over year to reach $1.15 trillion -- representing half of the $2.3 trillion that consumers spent worldwide shopping online last year. With that kind of growth and market imprint, it shouldn't be surprising that Western brands are eager to tap into that growth -- and one company is leading the charge in making that quick, easy, and efficient.

Baozun provides one-stop e-commerce solutions for Western companies looking to benefit from the rapid growth of online retail in China. Companies can enlist Baozun's services to create online stores; get sales portals featured on e-commerce megaplatforms like JD.com and Alibaba's Tmall; and handle customer service, warehousing, and order fulfillment. Baozun counted 162 brand partners at the end of June, and the company has avenues to big sales and earnings growth as it brings more partners on board and continues to collect a commission from the increasing gross merchandise volume conducted through its platform.

Broader sell-offs in the Chinese tech sector and the risks posed by a trade war with the U.S. have caused the stock to fall roughly 33% from the lifetime high it hit earlier this year. However, Baozun's outlook remains promising, and long-term shareholders could see big returns from the e-commerce platform. Shares trade at roughly 43 times this year's expected earnings, and while investors should proceed with the understanding that more sell-offs could follow, that's a fair price to pay in light of the company's growth outlook.