Sales and revenue rose, but expenses cut into profit.

German luxury-vehicle maker BMW AG (BMWYY -2.18%) (BAMXF -4.73%) said on Nov. 7 that its third-quarter operating income fell 27% from a year ago, to 1.745 billion euros ($2.0 billion), as the company sharply boosted its development spending on electric vehicles and self-driving technology.

BMW confirmed the revised full-year profit guidance it had issued in September. 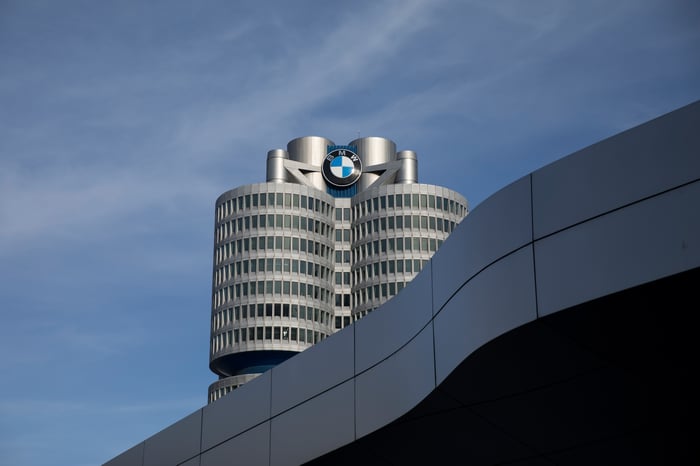 How BMW's business segments performed in the third quarter of 2018

Earnings before interest and taxes (EBIT) in BMW's automotive segment fell 47.1% from the third quarter of 2017, to 930 million euros, despite a 3.3% increase in revenue to 24.743 billion euros and a slight (0.3%) increase in vehicle deliveries.

BMW said "numerous factors" were responsible for the year-over-year decline in EBIT, including:

As a result of the pressures, BMW's automotive-segment EBIT margin fell to 4.4% from 8.6% a year ago, significantly below its long-term target range of 8% to 10%. Sales were down year over year in Europe and the United States, but rose 11.5% in China despite a weak overall market.

The explanation: Production fell 10.3% to 37,172 motorcycles in the third quarter due to a manufacturing changeover as BMW geared up to launch a series of all-new models in the mid-class "Adventure" off-road segment. Like most auto (and motorcycle) manufacturers, BMW books revenue when a vehicle ships; a decline in shipments means a drop in revenue (and thus profit) even if its retail sales rise. 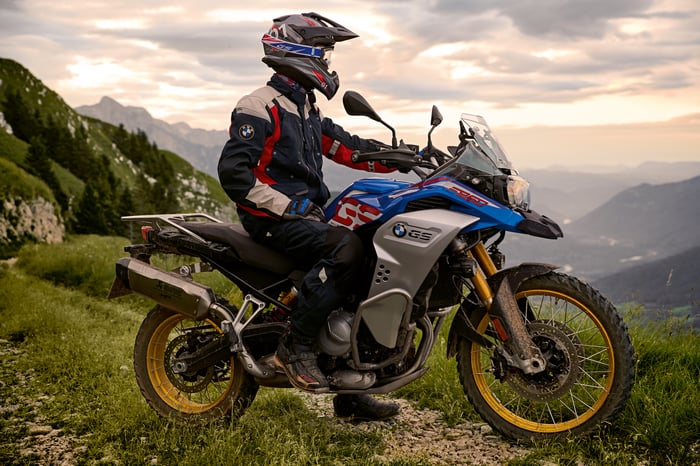 BMW's production of motorcycles fell in the third quarter as it geared up to launch a series of all-new Adventure off-road models. Image source: BMW AG.

BMW's captive-finance segment generated revenue of 7.33 billion euros (up 9.8%). BMW signed 490,347 new financing and leasing contracts with retail customers during the third quarter, up 12.7% from a year ago. But despite the growth, EBIT fell 13.2% from a year ago, to 527 million euros. BMW attributed the decline to unfavorable foreign-exchange effects and an increased reserve for litigation.

What BMW's CFO said about the third-quarter result

Nicolas Peter is BMW's member of the board of management for finance, a title equivalent to chief financial officer of a U.S. company. Here's what he said about the profit headwinds BMW faced in the third quarter.

As previously announced, we will be investing a total of around one billion euros more in research and development of new technologies this year. As communicated at the beginning of the year, the R&D ratio increased to 6.9% in the third quarter. We knew from the start that 2018 was never going to be easy.

In addition to high upfront investments in future projects, we are also facing currency and commodity headwinds in the high three-digit-million range, as expected. These already challenging conditions intensified even further over the course of the summer.

On the cost side, we began implementing countermeasures early on. In addition to prioritizing more strictly, we also decided on a number of short and long-term measures in recent months.

In light of the challenges I referred to, additional efforts will be needed to support our profitability targets.

For the full year, BMW expects:

BMW reiterated that it now expects a "significant effect" on group profit before tax and the EBIT margin in its Automotive segment in its fourth-quarter results. But it continues to target "slight increases" in deliveries to customers in the Automotive segment for the full year.