Please ensure Javascript is enabled for purposes of website accessibility
Log In Help Join The Motley Fool
Free Article Join Over 1 Million Premium Members And Get More In-Depth Stock Guidance and Research
By Tyler Crowe – Nov 7, 2018 at 11:27AM

Diamond Offshore posted a revenue gain for the first time in years, but it may not continue.

It has been a long time since Diamond Offshore Drilling (DO) could say that revenue was on the upswing. While its third-quarter revenue increase didn't translate to a profitable quarter, it is the first sign that Diamond is catching the wave of improving conditions for rig companies. Looking at Diamond's fleet and upcoming contracts, though, this revenue increase may be a short-lived victory.

Let's take a look at Diamond's most recent report and its status report to see why this past quarter may not translate to higher revenue from here on out. In the grand scheme of things, it may not matter that much to the investment thesis anyway. Here's why.

Diamond held on to profitability much longer than most of its peers throughout this downturn, and the second quarter was the first time the company's profits slipped into negative territory that didn't involve adjustments or writedowns of its fleet value. While the company may not have returned immediately to profitability this past quarter, it did record its first sequential increase in revenue in quite some time and narrowed its operating loss for the quarter.

This increase in revenue could be a temporary thing, however. According to the company's fleet status report, it has signed several extensions and new work for its rigs, but most of the new contracts don't kick in until next year with some downtime for turnaround work and transit.

In the long run, this is by no means a bad thing for the company. It has work for its rigs lined up and it has increased its backlog by 30 months. We just may see a quarter or two of lower results as these rigs move to new locations and start new contracts. 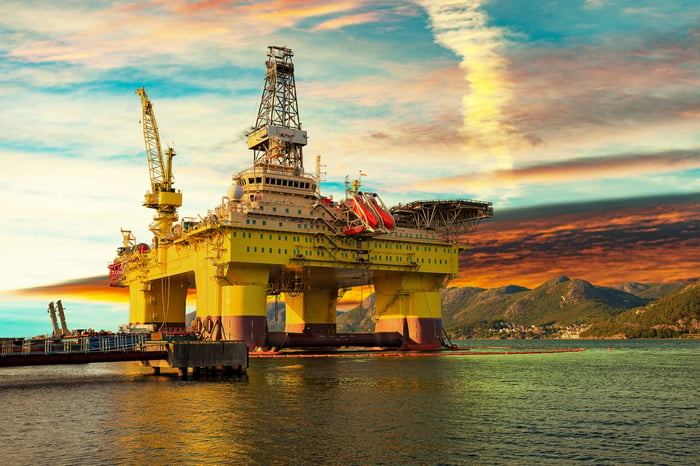 In the interim, management is setting itself up financially such that these next couple of quarters won't be an issue. The company doesn't have any debt due until 2023 and has about $475 million in cash and marketable securities on the balance sheet. This past quarter, management renegotiated some of its credit lines so that the company has plenty of short-term liquidity available should it need it.

Diamond has been testing out a lot of new technologies and practices in order to improve performance and make its rigs more appealing to potential customers. Last quarter, the company even announced it was planning to use blockchain to improve the procurement process.

While the effort is still early and management couldn't give definitive measures as to how this idea is working, CEO Marc Edwards did highlight two other initiatives that are already bearing fruit.

Our Pressure Control by the Hour service continues to pay dividends well into the second year of its implementation; something I have already spoken to at length in prior earnings calls. But I am now also able to talk to some of the successes we have witnessed with our recently launched Sim-Stack service. Over the past two quarters, this technology has enabled us to avoid four unplanned stack pull, averting the consequent loss of revenue as the rigs in question would have come off day rate for the stack pull. The development cost of this technology was essentially recovered in a single quarter, with subsequent and future savings dropping straight to the bottom line.

During this past quarter, we witnessed our fleetwide subsea non-productive time come in at a lower rate than that of our already excellent surface equipment non-productive time, a truly remarkable achievement. This is a first in the history of the Company and is clearly a demonstration of the success of both the Pressure Control by the Hour and the Sim-Stack innovations.

You can read a full transcript of Diamond Offshore's conference call here. 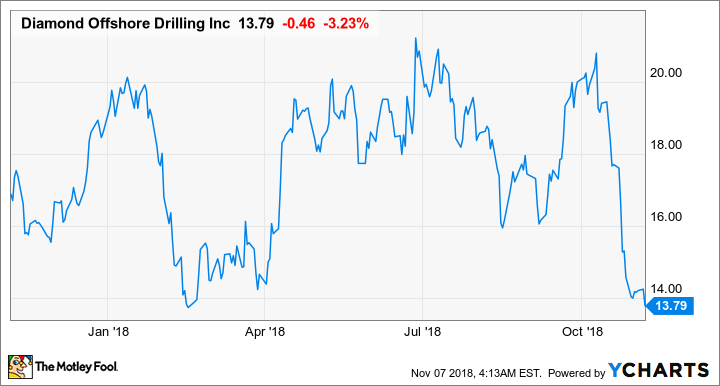 No concerns but less attractive prospects

Operationally, Diamond Offshore is probably headed for a quarter or two of weaker results as several rigs end their current contracts and head to new locations. But this isn't too much of a concern as the rigs are contracted and it gives management a lot of visibility for revenue and earnings for the next couple of years.

From an investment perspective, the one downside for Diamond is that most of its current rigs are currently contracted. Only four of its 17 rigs are not contracted, and it has one new rig expected to start operations in 2020. For investors, this means that there isn't a whole lot of upside for Diamond's results until it completes its current suite of contracts and signs new contracts for hopefully higher rates. That will take some time, though, as a large portion of its rigs are contracted well into 2020 at current rates.

Diamond is clearly one of the better operators in this business and its fleet is performing incredibly well for its customers. For investors, the upside doesn't look quite as attractive since it doesn't have the capacity to add much more revenue to its current fleet and its stock trades at a higher valuation than its peers. It's not a bad investment, but the opportunity at other rig companies today looks more appealing unless management decides to do something like make an acquisition.