The diversified industrial's stock price declined alongside its peers' in October, but its growth prospects continue to look good.

Shares in Honeywell International (HON -1.82%) fell 13% in October according to data provided by S&P Global Market Intelligence. The decline comes in concert with double-digit falls in the stock prices of peers like United Technologies (RTX -0.58%) and General Electric (GE -1.31%) in October. It didn't matter that Honeywell and United Technologies reported earnings during the month and raised their full-year earnings guidances, the stocks still fell on concerns of an impending slowdown in the global economy, fueled by some weak economic data from China.

For reference, GE reported earnings at the end of the month, and its relative underperformance since then is a consequence of a horrible set of earnings. 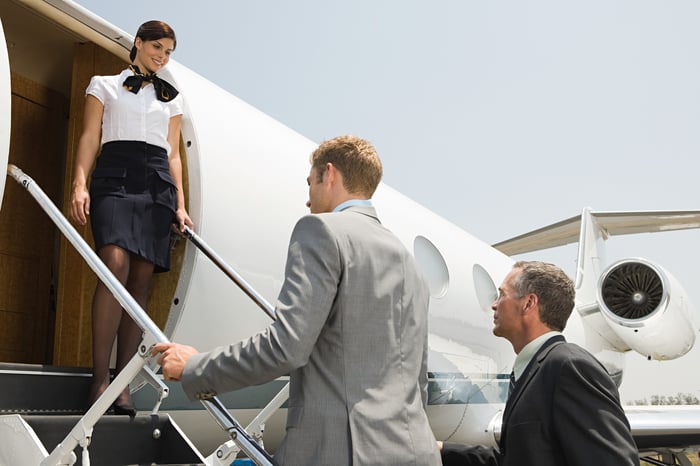 There's little Honeywell can do about the macro-economy, but management can run its business better in order to better take advantage of end-market opportunity. On this front, the company has been doing a very good job in 2018, particularly with aerospace.

All of the three companies mentioned have thriving aerospace businesses. Aviation is GE's strongest segment, and United Technologies' aerospace business has offset disappointing performance at its Otis and climate, controls, and security segments.

Turning back to Honeywell, CEO Darius Adamczyk noted that all three of the company's aerospace end markets (commercial, defense, and business jets) were exiting 2018 in growth mode -- the recovery in business jet is particularly good for Honeywell because it's been a source of weakness in the past.

However, the Honeywell story in 2018 isn't just about aerospace, as its warehouse automation -- a hot area to invest in given the growth in e-commerce fulfillment needs -- has exceeded expectations this year. At the start of the year, Honeywell expected its safety and productivity solutions segment to grow organic sales in the 4% to 6% range in 2018, but the latest forecast calls for 10% growth.

Looking ahead, investors can expect stocks in the industrial sector to rebound strongly given any positive development on trade discussions between President Trump and Xi. Meanwhile, there hasn't been any significant data pointing to a slowdown in overall U.S. growth as yet, and as a consequence, investors have reason to remain positive.

Honeywell investors will be hoping the aerospace segment has another strong year, and that warehouse automation continues its growth trajectory. Meanwhile, the company's free-cash-flow conversion is likely to increase as it dials back from a few years of heavy investment. Honeywell is well positioned to grow within its end markets, but now, all of its end markets need to fulfill their side of the bargain in 2019.