Dividend stocks have plenty of benefits, and these are three high-yield stocks you can hold forever.

"Do you know the only thing that gives me pleasure? It's to see my dividends coming in."
-- John D. Rockefeller

Many investors feel similar to Mr. Rockefeller, especially if those dividends are high-yielding. Dividends offer plenty of advantages, including the fact that they generally come from well-established companies with competitive advantages and strong cash flow. If you're looking for high-yield dividends for any reason, three Motley Fool contributors think you should check out Chubb Ltd. (NYSE: CB), Welltower Inc. (WELL -2.26%), and Philip Morris (PM -4.18%).

A 136-year record of success

Jordan Wathen (Chubb Ltd): This insurance company is a good one to buy and hold forever because...well, by some measures, it's already halfway to "forever." Chubb got its start as a humble marine insurer in 1882, and it has slowly expanded to become a powerhouse in commercial and personal insurance lines for wealthy clientele.

The company has a niche as a hands-on insurer that proactively seeks to reduce risks for its customers where it can. When wildfires threaten its customers' homes, it has been known to hire its own firemen to protect their residences. It will even send workers to scan behind interior walls in homes for heat signatures that indicate a light switch could be a future fire hazard, just to be safe, of course.

A general paranoia about risk has led to underwriting results that are far and beyond better than the industry average. What it lacks in growth (don't expect much more than single-digit premium growth over time), it makes up for in turning a larger share of premiums into pre-tax profits.

Chubb shares currently offer a yield of roughly 2.3%, about a third better than the yield you'd earn from the average large-cap stock. Over time, dividends should only grow, given Chubb's penchant for rewarding shareholders with larger payouts, and its willingness to repurchase stock at attractive prices.

Daniel Miller (Welltower Inc.): Investors looking for high-yield dividend stocks should consider looking into a real estate investment trust (REIT). The reason REITs are intriguing for dividend investors is simply because they're forced to pay at least 90% of their taxable income in the form of dividends each year. If that sounds enticing to you, let's cover a well-positioned REIT named Welltower Inc.

Welltower owns a diverse healthcare real estate portfolio including senior housing, medical offices, and nursing/post-acute car sectors, and those assets span the U.S., Canada and United Kingdom. Later this month, Welltower will pay its staggering 190th consecutive quarterly dividend payment, and the good news is that trend is poised to continue for the foreseeable future. 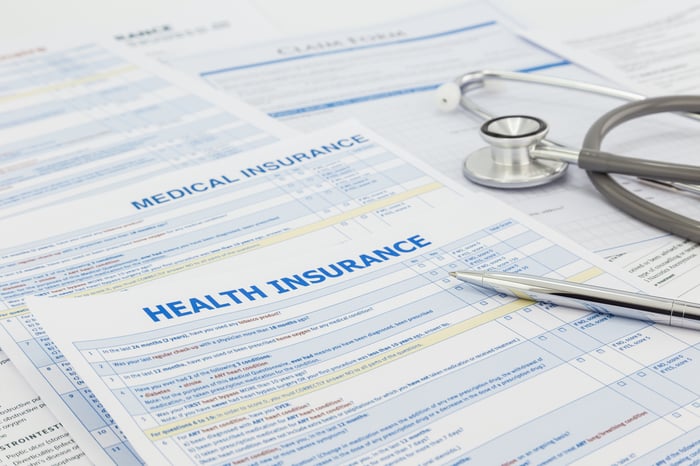 Welltower stands to benefit as America's aging baby-boomer generation enters the age range of 80 and older, a group that spends more than four times on healthcare per capita than the national average. That population is expected to roughly double over the next decade. Further, as our life expectancies continue to increase, it will be more important for the world to scale up services, housing, and care for the increasing number of people needing treatment. Management has also made progress increasing the percentage of cash flow generated from consumers/patients with private insurance: Private insurance generated just under 70% of its operating income in 2010, and that's jumped to over 90% currently.

All in all, Welltower has a history of paying and increasing its dividend, it's well positioned for the aging baby-boomer generation, and its 5.3% dividend yield is certainly attractive for those looking for top high-yield stocks.

Jeremy Bowman (Philip Morris): A tobacco stock may seem like a surprising suggestion for a high-yield investor to hold forever since everybody knows smoking rates are declining. However, smoking rates have been falling for more than a generation, and that hasn't stopped tobacco giants like Philip Morris and Altria (MO -3.67%) from rolling up profits. These companies have managed to do so by raising prices and controlling costs on an addictive product that's cheap to manufacture, and more recently by innovating with new products.

The decline in smoking rates is also slower than you might think. For instance, in Philip Morris's most recent quarter, cigarette shipment volume fell by 1.7% to 195.1 billion. However, when new products like heated tobacco units are included, volume sales actually grew by 1.1%, which drove currency-neutral revenue growth of 3.3% to $7.5 billion and a 7.6% increase in operating income to $3.16 billion.

Philip Morris plunged earlier this year on news that sales of its heat-not-burn IQOS products was slowing in Japan, a key market, but it's introducing new models, including a more affordable version in order to boost growth. As the success of JUUL shows, demand for alternative products is strong, and Philip Morris, with its profit machine and distribution network, should find a way to break into it. Meanwhile, investors can count on a dividend yield of 5.1% from a company with a history of reliably raising its dividend.