Netflix is looking to get more bang for its buck with its original content spending.

Netflix (NFLX -1.78%) is producing more and more of its content in-house. As a growing portion of its content library consists of originals, Netflix is finding opportunities to increase the efficiency of its content budget. Bringing productions in-house can save the 30% to 50% markup studios charge to license shows to Netflix.

But with the company's cash burn reaching an all-time high this year, Netflix has to be selective about which productions it green-lights in-house versus those it licenses. Over the past year, the company has seen a lot of success producing unscripted shows. Its next move could be into animation, which offers another opportunity to get a strong return on investment. 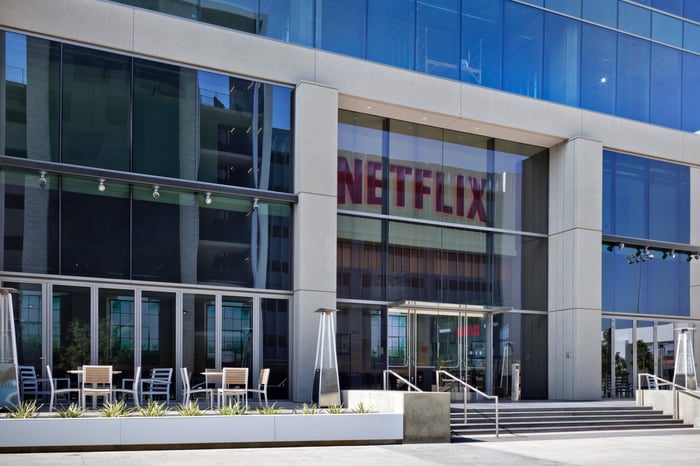 In the span of about a year, Netflix has become a great source for unscripted programming.

"Last year we had no unscripted original programming on Netflix. This year, about half of our weighted watching of unscripted programming [is] Netflix originals," chief content officer Ted Sarandos told investors on Netflix's third-quarter earnings call. He added that the company is putting down "about the same cash outlay, but with much more efficiency -- meaning people are watching them in greater numbers, for the same dollars spent."

In other words, people are much more likely to watch the Netflix-produced Nailed It! than a rerun of Chopped. But, importantly, the cost to produce Netflix's unscripted shows is about the same as it costs to license them. Netflix can provide a higher-value service (judged by subscriber watch time) for the same cash outlay.

Producing instead of licensing also gives Netflix full control over the content. There's no renegotiating contracts every couple of years, and on its in-house productions it controls the intellectual property, which can be useful for merchandising and advertising.

Netflix is launching an in-house animation studio to take advantage of the growing popularity of adult animation. The studio will also produce animated kids programming and films, according to The Hollywood Reporter.

Like unscripted series, animated shows can result in outsized view time given the cost of producing the content. An animated series might cost one-fifth the price of a live-action drama, according to former Cartoon Network animation exec Katie Krentz. While that also means Netflix can license animated series for less, it gives the company a prime opportunity to move more productions in-house.

Adult animation is increasingly popular. Hulu says subscribers watch about 20 hours of the genre per month on its service. Netflix already has some hits of its own, including BoJack Horseman and its self-produced Big Mouth.

Animation represents another sweet spot like unscripted programming: Netflix can get greater efficiency in its content budget with the same cash outlay by moving more productions in-house.

Starting its own animation studio could be an even bigger move for Netflix than its push into unscripted shows. Animated series, particularly kids programming, lend themselves to toys, games, and figurines.

Disney (DIS -1.01%), for example, has built a massive consumer-goods business by licensing its intellectual property to toy and game makers. The company brings in over $1 billion in revenue per quarter from its consumer products and interactive media segment. What's more, that revenue has a much higher profit margin than Disney's other businesses.

That kind of high-margin revenue could offset the huge sums of cash Netflix is laying out for its growing slate of original productions. With no signs of the growth in content spending slowing down, and plans to keep prices reasonably low for the foreseeable future, Netflix can use every source of revenue it can get its hands on. Not only do self-produced series and films allow Netflix to maximize its content budget; they also open up a lot of opportunities for the future.