The laziest holiday gift remains the most popular one.

American shoppers should spend an average of $1,007.24 during the holidays this year, representing 4.1% growth from last year, according to the National Retail Federation and Prosper Insights & Analytics. The study also revealed that gift cards topped consumers' wish lists for the 12th year in a row. 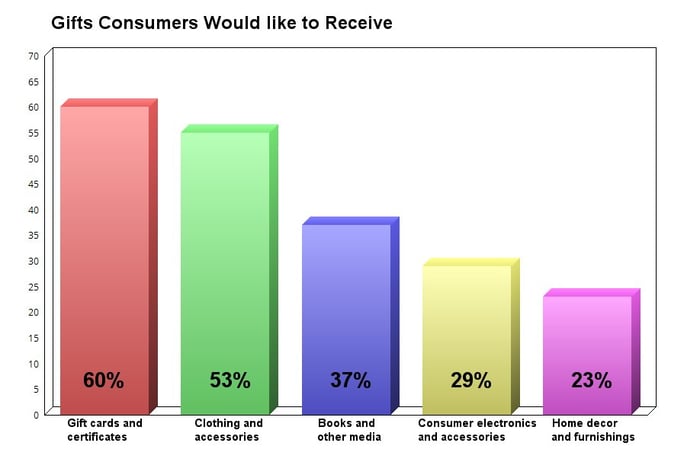 NGC also noted that big box retailers -- which include Amazon, Walmart, and Target -- led the market last year, accounting for 26.8% of all gift card sales. Open loop (prepaid debit and gift) cards ranked second with a 21.8% share, followed by entertainment cards at 17.4%.