Investors were betting on good news coming out in the company's third-quarter earnings report.

Shares of for-profit education specialist Grand Canyon Education (LOPE 1.74%) outperformed the market by a wide margin last month, gaining 11% compared to a 7% slump in the S&P 500, according to data provided by S&P Global Market Intelligence. 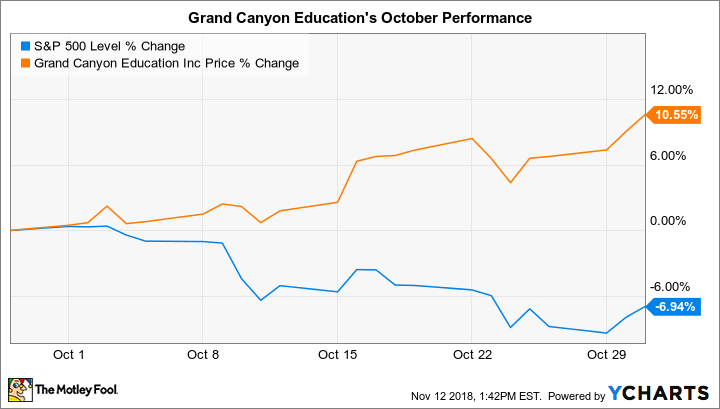 Investors weren't reacting to any specific news from the company, but instead were betting that Grand Canyon would have good things to say in its third-quarter report, which was slated for early November.

That turned out to be a wise move, since the company announced on Nov. 8 that sales and profits, after adjusting for its recent reorganization, rose at a healthy clip for the period. Actual figures declined, though, due to its shift to becoming an education services provider. 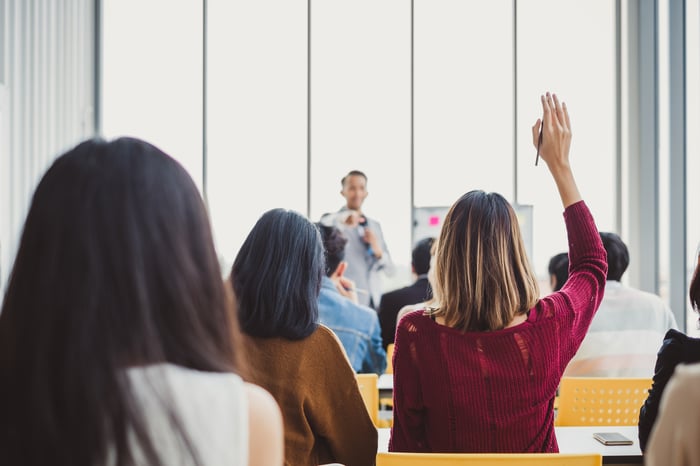 Grand Canyon Education's stock fell in the immediate aftermath of its early November earnings report and gave up most of the gain the shares posted in October. Investors can expect that volatility to continue, at least until a few quarters have passed under the new operating structure and shareholders get a better idea about long-term profitability trends.

In the meantime, CEO Brian Mueller and his team are being deliberate about their search for new clients besides their core partnership with Grand Canyon University.