Please ensure Javascript is enabled for purposes of website accessibility
Log In Help Join The Motley Fool
Free Article Join Over 1 Million Premium Members And Get More In-Depth Stock Guidance and Research
By Brian Stoffel - Feb 23, 2020 at 6:00AM

Most investors don't pay too much attention to for-profit education. And for good reason: the industry was rife with dirty tactics leading into the Great Recession 10 years ago.

But one company stood out above the rest: Grand Canyon Education (LOPE 6.91%). It started out as a Christian-affiliated, private, not-for-profit school. It only switched designations when it ran into financing troubles. Under the steady hand of CEO Brian Mueller, the school stabilized.

In 2018, the university (GCU) separated from the company (GCE), which is a unique situation, so the company could go in a potentially profitable new direction. Last month, short-selling firm Citron Research capitalized on that by putting out a report accusing the company of using its new structure to hide financial shenanigans.

When I wrote about Citron's allegations earlier this month, I made it clear that I though much of it was overblown (though some parts were still worth paying attention to). As you'll see below, Grand Canyon executives followed suit: They came out swinging in response. 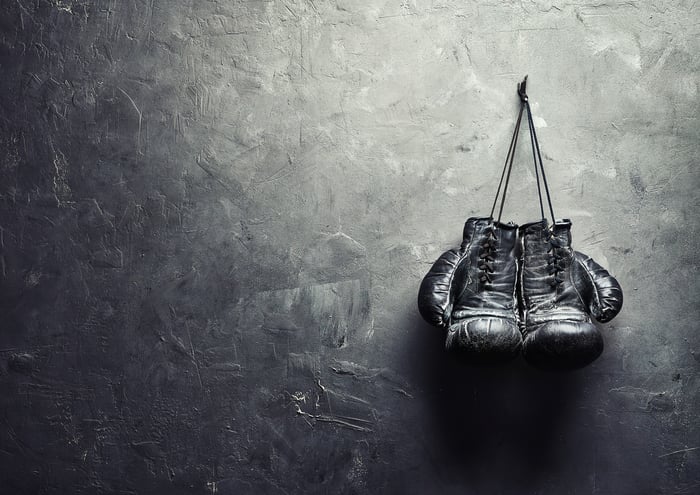 Before we get to the nitty-gritty, let's look at how Grand Canyon fared on the headline numbers.

These are largely positive numbers in their own right. Sure, it'd be nice if earnings growth was at least as brisk as sales growth, but Grand Canyon just jettisoned GCU to become a services-only company. It is spending a lot on building out its own capacities. It's also spending to beef up Orbis, a subsidiary that partners with colleges and universities to certify medical professionals, particularly nurses.

About that short report

I've long been skeptical of short reports coming out of Citron Research. That skepticism continued last month when the outfit said that Grand Canyon Education's stock was essentially worthless.

There were lots of details, but the crux of the argument was this: GCU and GCE were still the same business, as GCU was a "captive client" of GCE. As such, GCE was likely hiding a lot of losses by transferring them to GCU, thus inflating the stock price.

In an article covering the allegations, I concluded by saying that if GCE wanted to clear its name, it had to do three things:

On the leadership front, Mueller gave absolutely no indication he was leaving the company. In fact, for the first time I can remember, he commented during the conference call clearly wearing both hats. In the past he's made the odd decision to refer to GCU as if it were a company he wasn't involved in.

He also made it clear his mission is about far more than just shareholder returns:

[I]t is GCE's goal to help address the real issues within higher education. ... The challenges are:

This isn't the "pick one" decision I was hoping for. But I'll say this: If Mueller's going to retain both of these positions, he needs to continue with this level of fire in his belly to prove he's on a man on a mission.

He then turned toward my second suggestion: opening the books on GCU to prove GCE wasn't just hiding losses there. Here's what he had to say:

The university's cash balance as [of] December 31st, 2019 was approximately $250 million...It generated over $100 million in cash flows from operations during the six-month period, while funding all of its capex [capital expenditures] through its own cash reserves, while also paying down $100 million on its debt [emphasis mine].

This, more than anything, is the death knell to Citron's short report. Without the specter of GCE hiding its debt in GCU, much of the argument can be thrown out the window.

Mueller took it even one step further, stating that the only reason GCE provides funding to GCU is because it's difficult for GCU to get traditional loans, since the university is paying off a large (and widely known) debt to GCE.

As to the third point, Mueller continued to strike a patient and cautious tone when it comes to partnering with other schools. He said he wouldn't strike a deal unless it was beneficial to students, the school, and GCE shareholders.

Many schools are reluctant to turn over back-office functions (financial aid, counseling, and/or transcript evaluation) to a third party. Given the industry's track record, that makes perfect sense. The feeling you get from Mueller is that once a single partner signs on, and it's clear that the partnership works, more could quickly follow.

Where the company stands now

It's clear that Wall Street wasn't as convinced by Grand Canyon Education's response as I was -- shares traded down over 5% following the release. It's worth mentioning that while I'm interested in Grand Canyon and follow the stock closely, I don't own shares. The company simply doesn't fit my investing framework.

Having said that, shares look better today than at any point in the past few years. If we disregard capex funding previously granted to GCU, GCE pulled in $284 million in free cash flow last year. Today, shares trade for just 14 times that figure -- a more than fair price for such a lean company.

Is Grand Canyon Education Really the "Enron of Education"?