Shares of Grand Canyon Education (LOPE -1.25%) were getting held back last month as the education services company was hit by a short-seller report. As a result, the stock finished the month down 18%, according to data from S&P Global Market Intelligence.

As you can see from the chart below, the sell-off came toward the end of the month after the report came out. 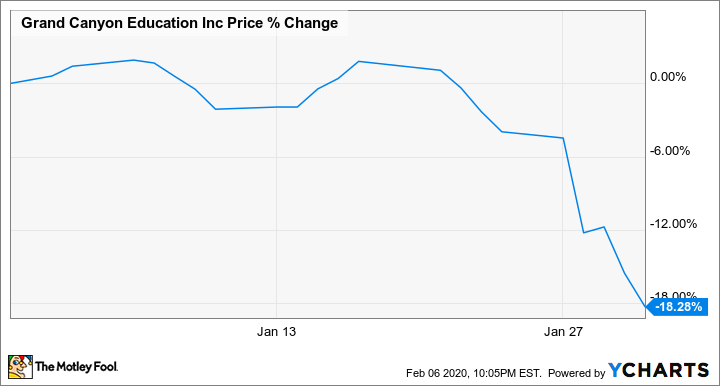 Citron Research, a respected short-seller, had already outlined its thesis against Grand Canyon last September, but the company issued more research on Jan. 28, calling the education services company the "Enron of Education." 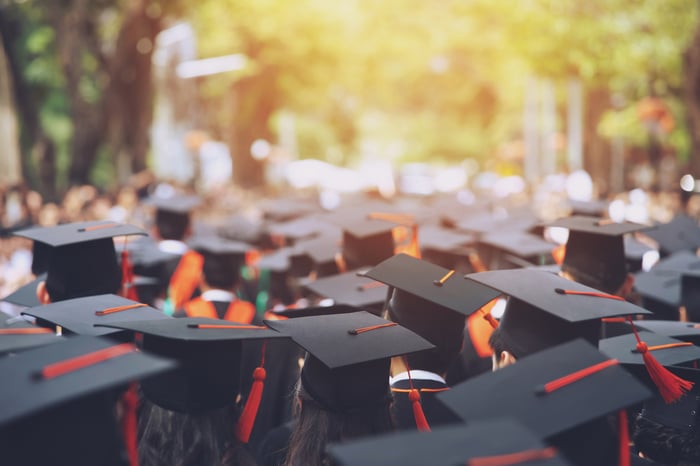 In other words, the transaction enabled GCE to pass off costs onto GCU. According to Citron, this meant that GCE executives were committing securities fraud, and the research firm lowered its price target from $30 to $0.

In a response, GCE said it reported the letter from the Department of Education when it received it and responded to it a few days later, rejecting the claims. GCE also called Citron's report inaccurate and misleading. Among other things, it noted that the Department of Education approved the original transaction with GCU, that the school is financially healthy, and that GCE continues to add new clients.

Shares have recovered some of their losses in February, but are still down significantly from before Citron's report. At least one analyst came to GCE's defense as Baird said the report didn't unearth any new evidence, and Citron has been wrong several times before with short bets, most notably with Shopify.

Still, Grand Canyon Education has an unusual arrangement here with Grand Canyon University, especially for a publicly traded company. The stock has historically been a winner, but investors should keep an eye on the ongoing battle with the Department of Education over the university's not-for-profit status.

Is Grand Canyon Education Really the "Enron of Education"?