Shares of European telecom giant Vodafone Group PLC (VOD 0.45%) are up 8.6% as of 12:45 p.m. EST after the U.K. cell service provider released semiannual financial results for the first half of fiscal 2018 this morning.

Reporting in euros (one euro is currently worth $1.13), Vodafone stated that it took in 21.8 billion euros in revenue in H1 2018, but lost 7.8 billion euros "primarily due to a loss on the disposal of Vodafone India."

Sales were down 5.5% year over year, and the company's reported loss reversed a 2 billion euro profit earned in last year's H1. 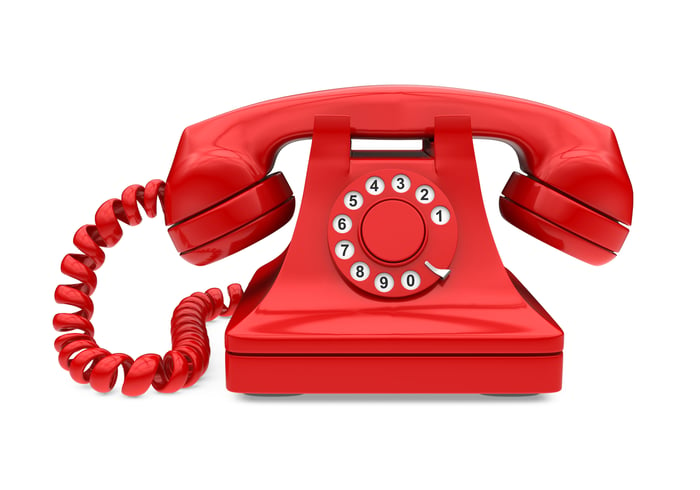 Well, not all the news was bad. For one thing, while "earnings" may have been negative, free cash flow was not. In fact, Vodafone reported 566 million euros in positive free cash flow in the first half, a 36% increase over last year's cash haul.

Vodafone also updated its guidance confirming and firming up its previous prediction of "underlying organic adjusted EBITDA growth" of 1% to 5%, and saying it now expects this EBITDA number to come in pretty close to 3%. Management also said it expects to generate "free cash flow (pre-spectrum)" in the neighborhood of 5.4 billion euros by the end of this year.

That number is up from Vodafone's previous prediction of 5.2 billion euros FCF. Granted, free cash flow "post-spectrum" -- i.e., after Vodafone has to shell out cash to buy capacity for all the data it will be sending over the airwaves -- is likely to be lower than that. But, still, investors have to be pleased to see that at least Vodafone's base FCF number is on the rise.