After a big update this year, what's next?

At its Oct. 30 product launch event, Apple (AAPL 3.08%) introduced redesigned versions of its high-end iPad Pro tablets. The new tablets come in versions with 11-inch and 12.9-inch screens -- the former is a bit bigger than the 10.5-inch screen in last year's model, while the latter's screen is the same as its predecessor's but the device itself is smaller thanks to slimmed-down bezels.

In addition to a casing redesign, the new iPad Pros incorporate a new A12X Bionic chip that's significantly faster than the prior-generation A10X Fusion, do away with the home button and Touch ID in favor of swipe gestures and the company's Face ID facial recognition technology, and can be configured with up to 1TB of internal storage. 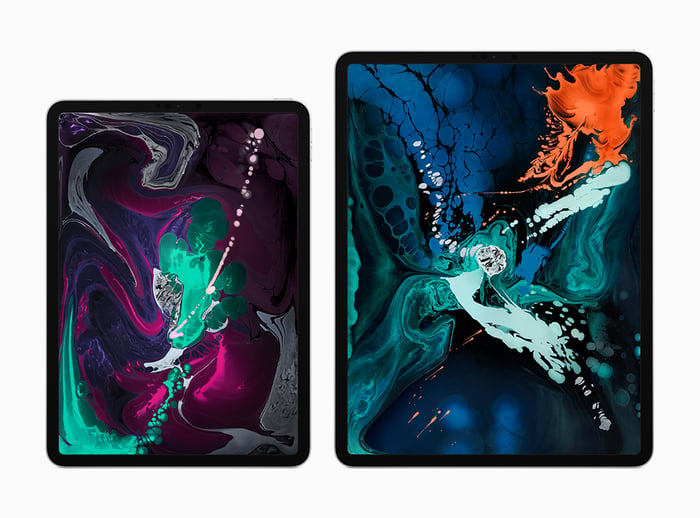 Oh, and the company introduced a second-generation Apple Pencil for the devices, too.

Analyst Ming-Chi Kuo with TF International Securities recently published a report (via MacRumors) in which he talked about one of the key new features he expects to see in Apple's next iPad Pro. Let's dive into that and offer up some thoughts on what else Apple could improve with the next-generation iPad Pro tablets.

Kuo wrote that he gives better-than-even odds that the iPad that Apple introduces in either the fourth quarter of 2019 or the first quarter of 2020 "may adopt [time-of-flight]."

As MacRumors explains, "[a] time-of-flight camera system is designed to determine the distance between objects by measuring the time-of-flight of a light or laser signal between the camera and the subject at each point in the image."

Put simply, the rear-facing camera of the next iPad Pro should get 3D sensing capability.

"We believe that 3D modeling captured by ToF and then edited by an Apple Pencil on an iPad will create an all-new productivity experience for design applications in a totally different manner from computers," said Kuo.

By enabling interesting use cases that simply aren't possible (or convenient) in other form factors, Apple could help to boost demand for its latest iPad products. During Apple's fiscal 2018, iPad unit shipments were about flat year over year at 43.5 million units, and revenue dropped 2%.

Although that potential iPad Pro camera upgrade sounds quite compelling, Apple's mighty research and development organization is unlikely to be content with just a single upgrade. In the next iPad Pro, expect Apple to deliver a new A13X applications processor that meaningfully boosts GPU, CPU, and Neural Engine (used for machine learning tasks) performance over the current-generation A12X Bionic.

The A12X Bionic is already best in class along the relevant performance vectors, and I'd expect that to continue with next year's iPad Pro tablets, which likely will be powered by an A13X chip.

The display is a critical part of any computing experience, which is why the company invests so heavily in making sure its devices all have great looking screens. Apple's latest iPad Pros still make use of liquid crystal displays, or LCDs, instead of the OLED technology that the company uses in its latest iPhone XS and iPhone XS Max smartphones.

The LCDs on the new iPad Pros are, of course, very nice -- NotebookCheck's testing of the 12.9-inch model reveals the screen to be very bright and color accurate and to have a very high contrast ratio of 1975-to-1 -- but there are advantages to OLED screens such as superior contrast and faster pixel response times. However, about a year ago, Bloomberg reported that this year's iPad Pros wouldn't have OLED screens due to "technical and financial constraints."

If Apple and its display manufacturing partner(s) can work through those problems and deliver bright, fast, and beautiful OLED screens to next year's iPad Pro tablets, that could be a significant generation-over-generation upgrade.